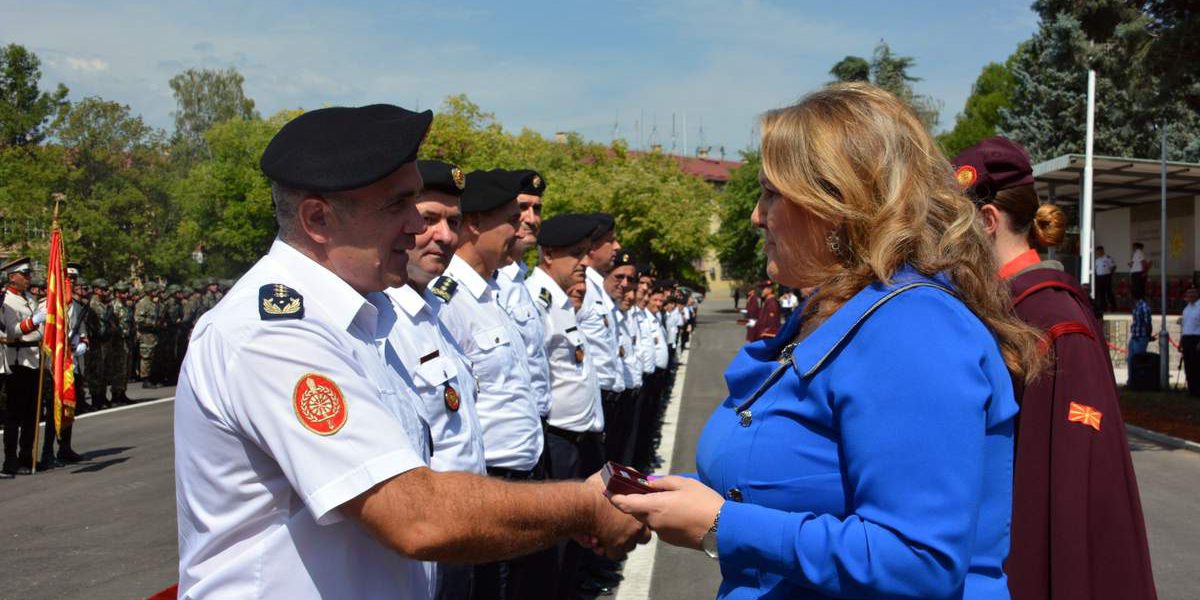 As part of the activities which the Army of the Republic of North Macedonia mark the 30th jubilee of founding the Army, there was an official ceremony in the military barracks Ïlinden”- Skopje, when Gold Pins for thirty years of active service in the Army were awarded to the army service personnel.

There were a lot of distinguished guests at the ceremony, including the Minister of Defense Slavjanka Petrovska, the Chief of General Staff of the Army, Lieutenant General Vasko Gjurchinovski, generals of the Army, army service personnel from the commands, and the units who will take part in the central ceremony marking the Day of the Army. Minister Petrovska awarded 281 gold pins to service personnel for thirty years of active service in the Army.

A Gold Pin was awarded to the Chief of General Staff of the Army, Lieutenant General Vasko Gjurchinovski, to five other generals, 140 officers, 69 NCOs and 67 civilian who have served in the Army since its foundation, contributing to its development and improvement.

During her speech, the Minister of Defense, Slavjanka Petrovska thanked all service personnel for their dedication, effort and hard work put in the process of building and development of the Army, which is held in high regard among the citizens.

“When we say that the Army had been built from scratch, we mean you. You have built it, you were the professionals who, together with your colleagues, made history to be remembered and future we have wanted. Your hard work and effort resulted in excellent results, including our historical membership of the NATO Alliance. You know the best what it means to be part of a team, part of a family, who loves their homeland relentlessly and without hesitation.” said Petrovska.