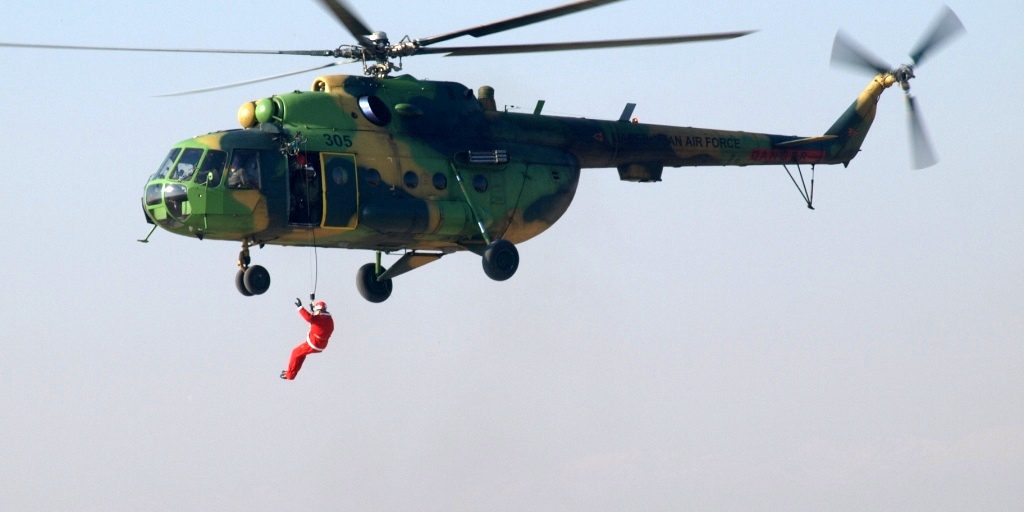 Traditionally, this year to the most adored character by the youngest; Santa Claus arrived with a helicopter at the army section of the airport “Alexander the Great” at the “Strasho Pindzur” barracks in Petrovec and gave away packages.

Over 300 children together with their parents had the unique opportunity to watch the impressive flight and the arrival of Santa Claus with a transport army helicopter, receive packages and have their picture taken with Santa afterwards.

This event, organized by the members of the air force brigade and the Union of the employees of the Ministry of Defense is held annually in the eve of the New Year and Christmas holidays, and due to its appeal it attracts the children’s interest every year.