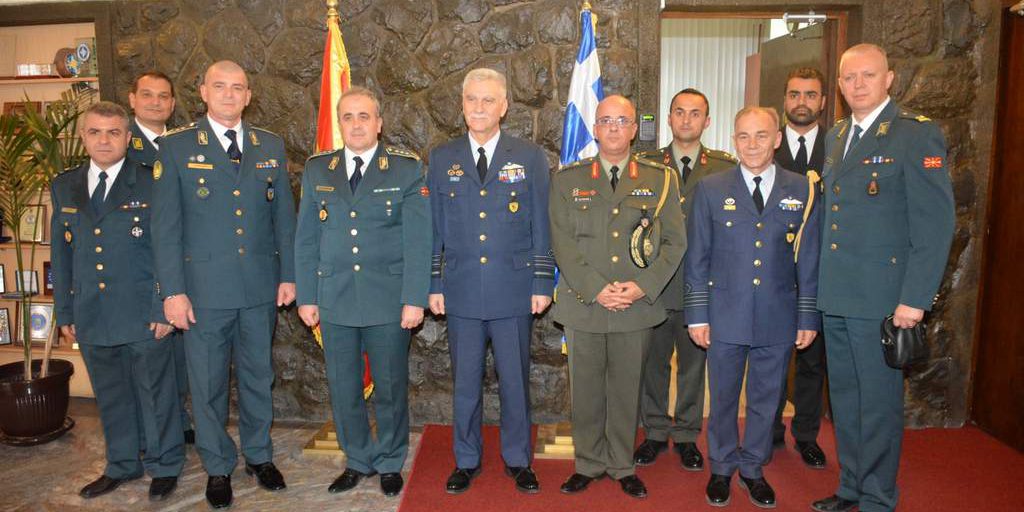 The Chief of the General Staff of the national defense of Greece, General Christos Christodoulou who is on a short visit of Republic of North Macedonia on the occasion of marking the Day of NATO, today he was present at the Ministry of Defense and the General Staff, where he had separate meetings with the defense minister Radmila Shekerinska and with the Chief of General Staff Lieutenant General Vasko Gjurchinovski.

At the today’s meeting, which is first between chiefs of general staffs, the bilateral military cooperation was discussed, which is of significance not only for the bilateral relations as future NATO allies, but also for the security of the entire region.

The Generals Gjurchinovski and Christodoulou also discussed the possibilities for further promotion of the existing and enlarging the bilateral military cooperation, by finding new manners which after signing the agreement for cooperation in the defense on a higher state level, will be operationalized by the general staffs, by more intensive military cooperation.

The military cooperation between the two armies so far was mainly via SEDM initiative, the brigade of Southeast Europe, but also in the field of military education of our members in the Greek high educational institutions and studies of Greek language. After the meeting the generals Vasko Gjurchinovski and Christos Christodoulou will follow the tonight’s mutual solemn concert of the members of military orchestras from five armies, which will be held in the National philharmonic, as part of the activities for celebration of the Day of NATO.