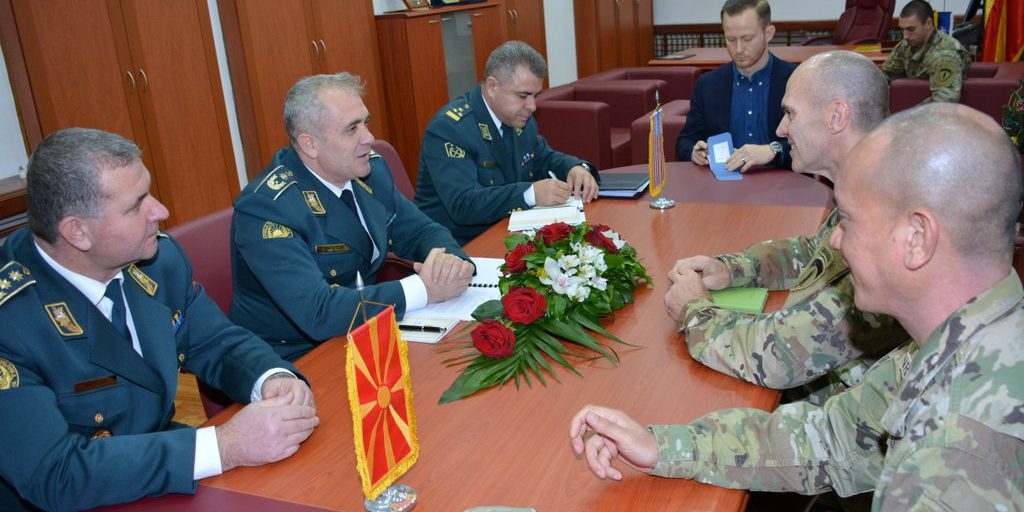 At the meeting, joint participation of the ARM and this U.S. Army Command in the exercise ‘Decisive Strike’ was discussed, as an important joint activity planned for the year 2019, which is to be conducted in June at the TA ‘Krivolak’.

After the meetings held at the General Staff and the Ministry of Defense, General Gronski will tour the TA ‘Krivolak’, where he will see the facilities at the training centre, and will familiarize with the activities, duties and responsibilities which are part of the main planning conference for the exercise ‘Decisive Strike’.

At the exercise briefing, the Director of the exercise will present the plan of exercise activities which is designed by representatives from the ARM, the U.S. Armed Forces, Armies of Albania, Bulgaria, Montenegro and Lithuania.

The joint military exercise ‘Decisive Strike 2019’ is going to be the largest international exercise held in Republic of Macedonia, and the same is part of the complex USAREUR exercise ‘Saber Guardian 2019’ in the Black Sea and Balkan region.