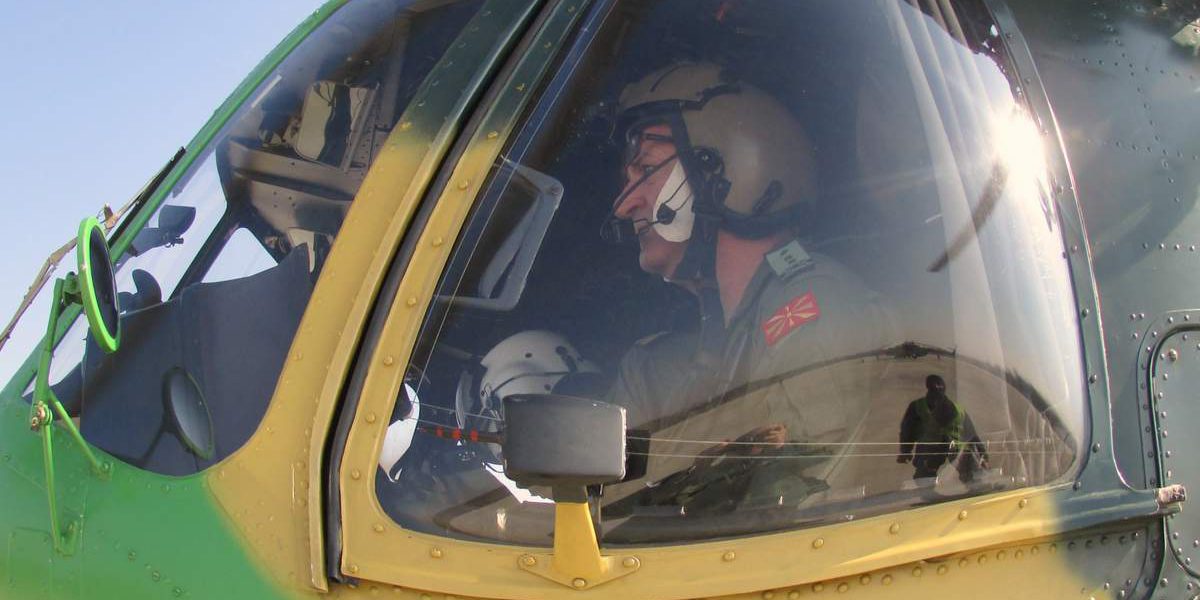 To be a pilot in the Army of the Republic of North Macedonia is a privilege that not everyone can have, but it is also a significant achievement in the career of the Air Force WING members, who are recognized for their activities, especially for providing assistance to the citizens and institutions in case of natural disasters.

Traditionally, on the occasion of the end of the active military career of the pilots of military aircraft in the Air Force WING, an honorary flight is organized with a Mi-8/17 helicopter, which this time was piloted by Colonel Stojko Pejovski, who is also the current Commander of this unit.

This act symbolically represents the gratitude of the members of the Army, especially of the colleagues in the unit, for the hard work, efforts and the selfless contribution to the service and command of the Air Force WING.

The beginnings of Colonel Stojko Pejovski military career date back to 1981 when he started his studies at the Air Force High School in Mostar. After that, he continued his studies at the Military Air Force Academy in Zadar, where he graduated in 1989. Since the beginning of his service in the Army of the Republic of North Macedonia, from its very beginning, he has had several command and staff positions in the unit.

It has been an exceptionally rich military career which ends as a Commander of the Air Force WING and which he has been continuously upgrading with numerous courses in the field of aviation and military Air Force, successfully completing all of the planned training for aircraft categories.

He began his 33-year career as a pilot of gliders, planes, and then professionally, of helicopters, collecting in his flight book 2700 hours of flying in a Blanik L-13 glider, UTVA-75 plane and helicopters Gazelle, Mi-24, Mi-8/17.

After completing his active military career and leaving his mark in the development of the Army, he will be able to replace his pilot responsibilities with devotion to his family, but still in close connection to the Army, especially since one of his sons, Stefan follows his footsteps and serves as an officer in the Army of the Republic of North Macedonia.

Brave Macedonian women for whom the Army is a guarantee of peace and security of the state
08.03.2022