The ARM Members’ Activities in the “Decisive Support” mission in Afghanistan 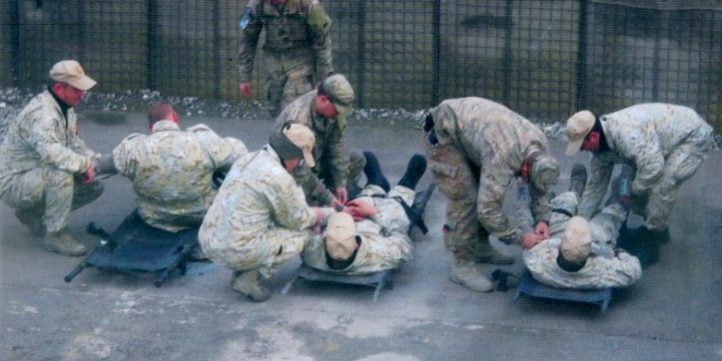 By launching the new mission of the Alliance in Afghanistan a training and mentoring mission called “Decisive Support”, the members of the Army of Republic of Macedonia – officers at the Regional Command North, officers and NCOs at the Kabul Command, and peacekeepers who are part of the Mission Command Security, initiated activities and execution of assigned tasks.

The army members within the Multinational Main Command Security Company in addition to carrying out their daily tasks continuously participate in exercises along members of other contingents.

During their last joint exercise with partners from the US Armed Forces, they were drilling the procedures for main command protection, such as procedures in cases of heavy casualties, providing first aid and self defence.

The achieved results confirmed the readiness and training of our troops to deal with any challenges.

Meanwhile, at the military base at Kabul International Airport “Hamid Karzai”, the officers who are stationed there and who carry out tasks at the Train, Advise and Assist Command, (TAAC) with an appropriate ceremony opened “Macedonian Room” for the first time on the base.

The opening, apart from the Macedonian contingent members who perform duties on the base, was attended by the TAAC Commander, heads of directorates and sections, as well as representatives of the US and Albania contingents.

With the opening of the Macedonian Room the members of the Macedonian contingent receive their own corner to spend their free time and where they can carry out official meetings with representatives of other contingents stationed at the base as well as organize presentations on Macedonia.