Marking the Day of the Tank Battalion 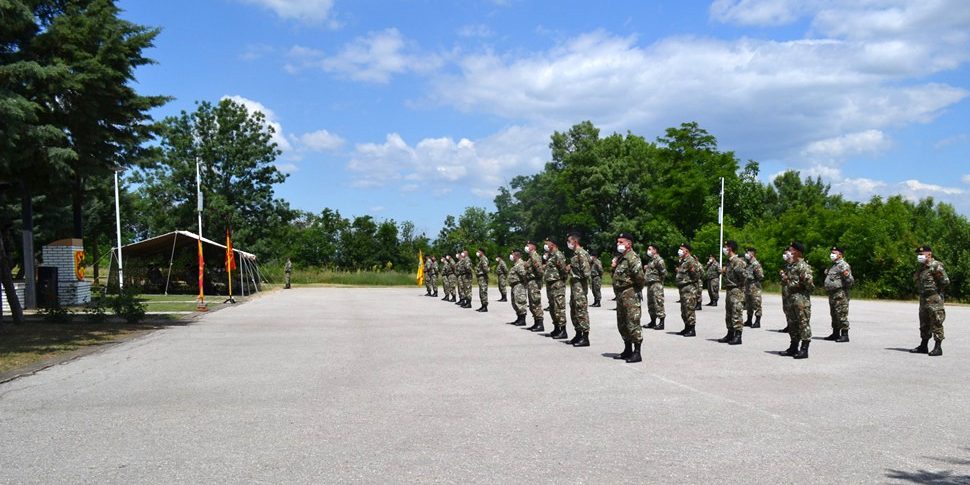 Today, at barracks “Chojlija”, at the garrison Petrovec, in accordance with all the measures and recommendations during the pandemics, the members of the Tank Battalion (TBn), a unit within the 1st Infantry Brigade (1IBde), marked the Day of the unit.

The Commander of the 1st Infantry Brigade, Brigadier General Besnik Emini, addressed the members of the unit at the parade ground, and he congratulated them on the Day of their unit. He also commended the successful accomplishment of their tasks and duties during the pandemics. The acting TBn Deputy Commander, Major Ljupcho Jordanovski, spoke about the historic background, the spirit and the traditions of the unit, which for 30 years have been an integral part of each member of the Tank Battalion, since 2nd June 1933, the day when the tank platoon, part of the Honour Guard Brigade at that time, was established. He also mentioned the successful performance of the members of the TBn during their training, everyday tasks and duties as well the future activities of the battalion.

The ceremony was attended by the Commander of the 1st Infantry Brigade, Brigadier General Besnik Emini, the commanders of 1IBde subordinate units, and chiefs of command sections and staff of the brigade.

Members of the battalion who excelled in their duties and training, and thus contributed to improving the combat readiness of the unit were rewarded and commended during the Day of the Unit ceremony.