ARM Delegation Present at the Handover Ceremony of the SEEBRIG Commander in Larissa, Greece 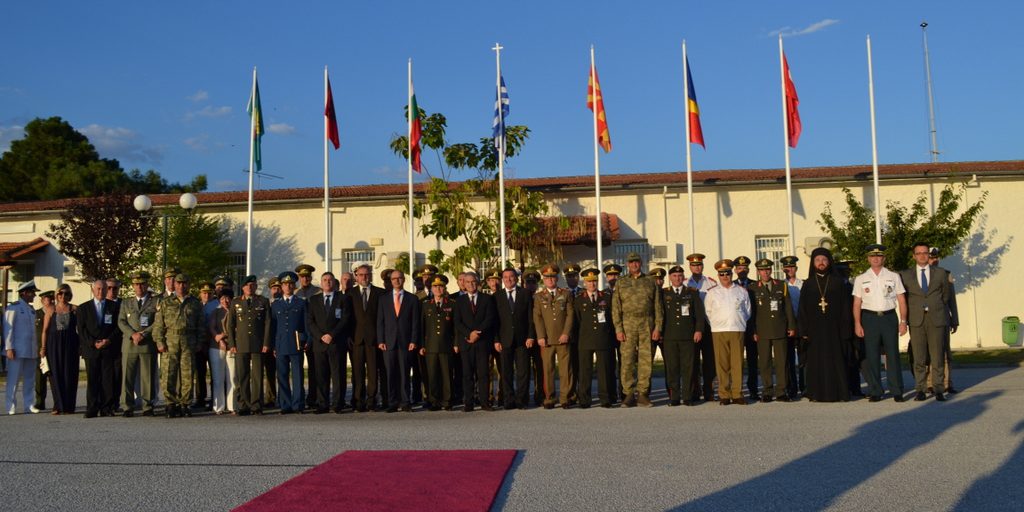 SEEBRIG was established in 1999 as a result of the agreement for regional cooperation in the field of defence known as the Agreement of Multinational Peace Force South Eastern Europe (MPFSEE) which was signed in 1998 by the ministers of defence of Albania, Bulgaria, Greece, Italy, Macedonia, Romania and Turkey in Skopje.

According to the brigade establishing agreement, the SEEBRIG HQ location changes on a four- year- rotation and the following cities were the hosts: Plovdiv, Constanta, Istanbul (until June 2011) and Larissa from 2011to 2015.

The SEEBRIG Commander post is rotated between the member countries every two years. From 2011 to 2013 the Commander of the Brigade was the Brigadier General Zdravko Popovski from the Army of the Republic of Macedonia.

The outgoing SEEBRIG Commander General Hakan Eser after his appointment in the period from 27th to 30th November 2013 led the SEEBRIG delegation that evaluated our declared units within this brigade.