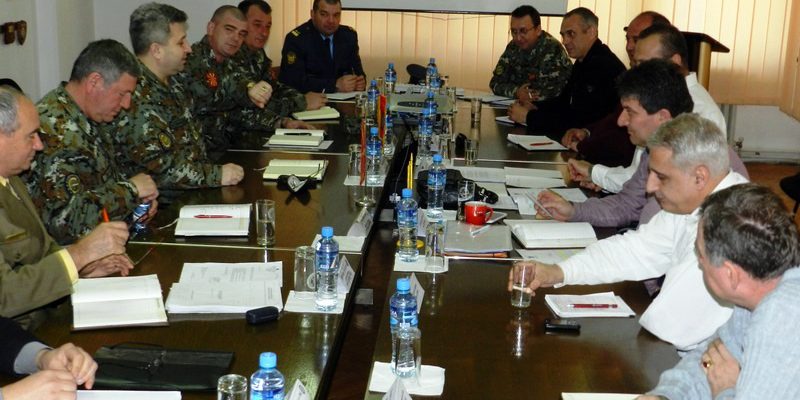 On February 26th at the Joint Operations Command ( JOC ) a meeting between key personnel from JOC, first subordinate units and the leadership of the Syndicate of the defense and security was held. At the meeting issues related to the life and work of members of the Army of Republic of Macedonia were discussed.

The meeting was organized on request of the Syndicate of the defense and Security for matters related to clarification of the provisions of legislation which regulate the service, labor relations and syndicate activity.

Issues related to the implementation of the collective agreement of the employees in the MOD and overcoming certain ambiguities that have been occurring in the previous period were discussed. Also personnel from the legal branch from the Joint Operational Command were included.

Further discussion governing improvement of the status of the personnel of the Army of Republic of Macedonia throughout syndicate actions were brought up by the JOC Commander Major General Metodija Velichkovski, brigade commanders and other personnel from JOC.