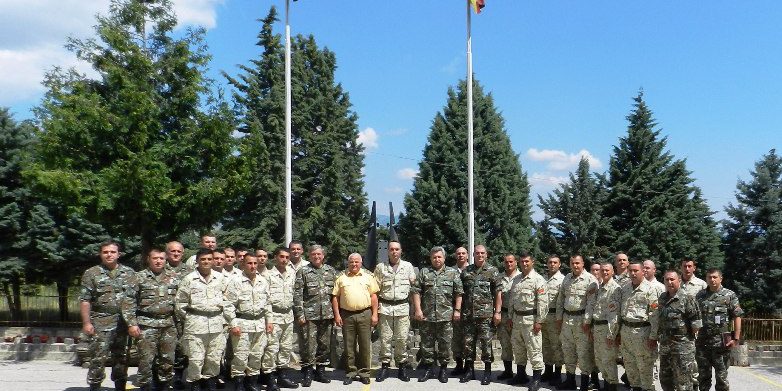 Today (19 June) in the Joint Operations Command (JOC), a formal reception of the ARM members who will be part of the second rotation of the forces which secure the main HQ of the mission “Resolute Support” was held.

The meeting with the peacekeepers was attended by the Deputy Chief of ARM General Staff, the Commander of the Joint Operations Command, the Chief of Staff in the Joint Operations Command, the Commander of the First Mechanized Infantry Brigade (1st MIBde) and part of the key personnel of the JOC and the 1st Mechanized Infantry Brigade, responsible for the preparation of the mission staff.

By the officers responsible, at the meeting were presented the preparations that the staff went through in the previous period and the roles and tasks which they will perform in the next six months as part of the mission.

The Deputy Chief of Staff, Lieutenant General Nasser Sejdini, and the JOC Commander, Major General Metodija Velickovski, emphasized that this composition is expected to present successfully and perform seamlessly the tasks which the Army had in the past participation in the peacekeeping mission “ISAF”, thus contributing to the affirmation of the Army and the Republic of Macedonia.

The composition comprised of 20 officers and professional soldiers will be tasked to secure the “Resolute Support” mission HQ in Kabul, Afghanistan along with members of the US Army, a task for which the previous ARM contingents received the highest assessments and honors.