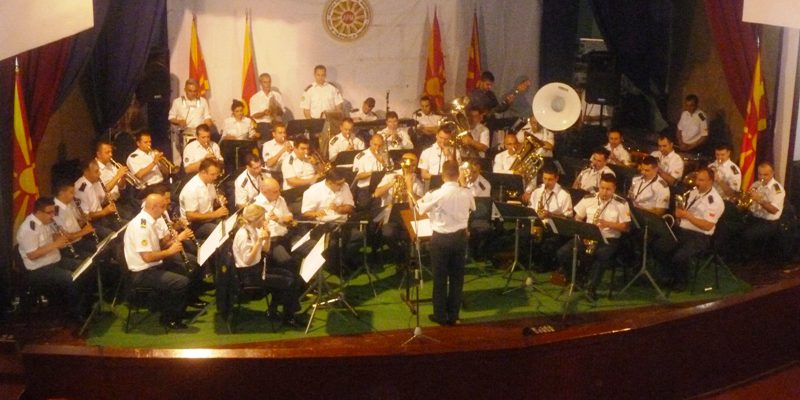 Last night, the 29th of May, 2014, ARM Military Bend performed for the first time in front of the citizens of Delchevo. The concert was held in the packed hall of the Culture House in Delchevo where the citizens enjoyed an hour of Military orchestra concert. The Ceremonial Guard Drill Team showcased the skillful drill performance “EXERCER” to Delchevo citizens on the summer stage in the center of the town.

The Military band concert in Delchevo was also enjoyed by the Chief of Staff of Joint Operations Command of ARM, Brigadier General Stojan Dimchov, the mayor of Delchevo, Darko Shehtanski and other guests.

Last night concert of the Military band in Delchevo is actually the second one of the 2014 planned tour round the cities of Republic of Macedonia which don’t have military barracks, as a part of the project whose goal is to get ARM closer to the citizens as well as improve civilian and military cooperation with the local government.