The Chief of General Staff, Lieutenant General Vasko Gjurchinovski had a farewell meeting with the Defense Attaché of Romania 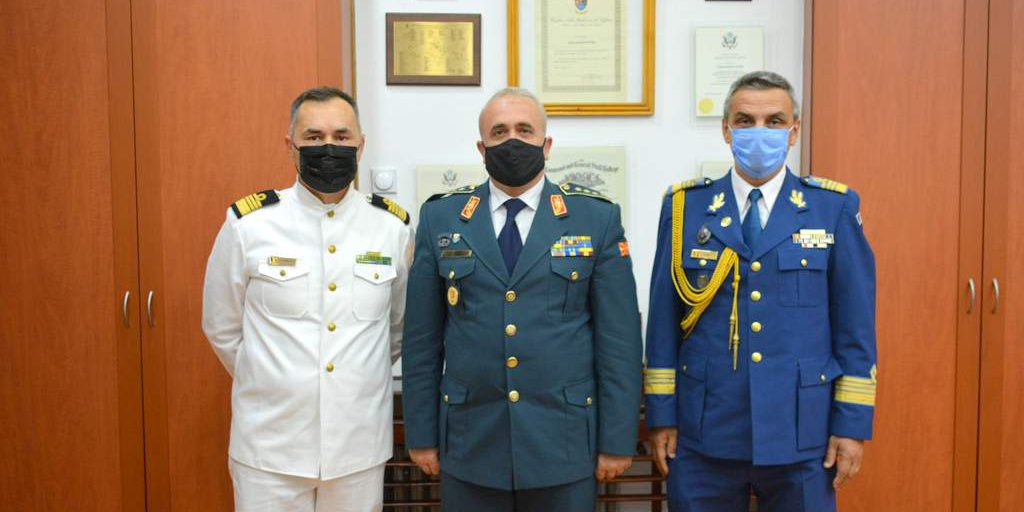 Today, the Chief of the General Staff of the Army, Lieutenant General Vasko Gjurchinovski, had a farewell meeting with the Defense Attaché of Romania in the Republic of North Macedonia, Navy Captain Valentin Strimbeschi.

At today’s meeting in the General Staff, General Gjurchinovski thanked the current Defense Attaché, Navy Captain Valentin Strimbeschi for his contribution to the development of military cooperation between the Army of the Republic of North Macedonia and the Armed Forces of Romania and welcomed warmly the newly appointed Defense Attaché, Colonel Archip Katalin Petre, who will perform this duty in the following period and expressed assurance for the continuation and intensification of mutual cooperation.

Army participation in celebrating May 9 – Victory Over Fascism Day and Europe Day
09.05.2022