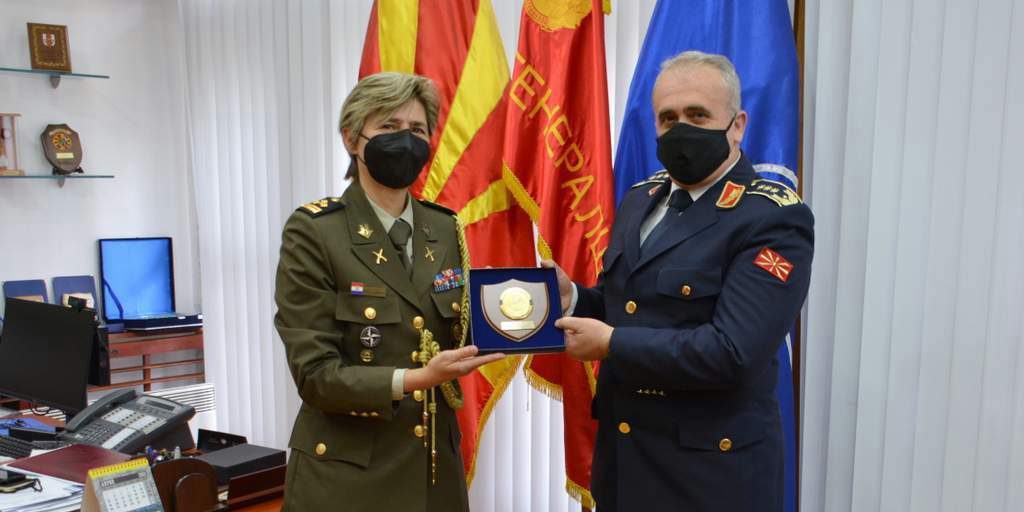 Today the Chief of Army Headquarters, Lieutenant general Vasko Gjurchinovski, organized a farewell meeting with the current defense attaché of the Republic of Croatia in the Republic of North Macedonia, Colonel Mirjana Plesha Radonikj.

During the meeting, general Gjurchinovski expressed his gratitude towards Colonel Plesha Radonikj for all the engagement so far and effort for promotion of bilateral cooperation during her term in office. Simultaneously, а reassurance was expressed that the continuous cooperation in the domain of defense between the Army of the Republic of North Macedonia and the Armed Forces of the Republic of Croatia would proceed with further improvements by finding new modalities.

Previously, as a result of the efforts in bilateral cooperation, on the occasion of 8th of September – the Independence of the Republic of North Macedonia, General Gjurchinovski bestowed an Army Gold Medal for partnership, coordination and cooperation to Colonel Mirjana Plesha Radonikj.