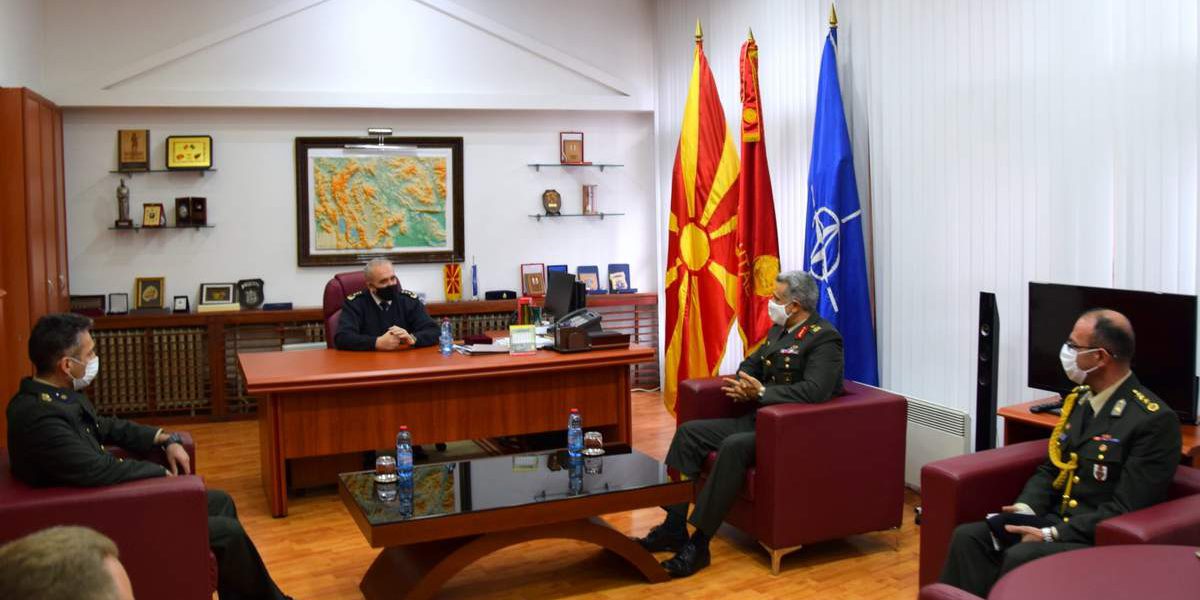 Today, the Chief of the Army General Staff, Lieutenant General Vasko Gjurchinovski welcomed Brigadier General Mustafa Er who leads the delegation of the Armed Forces of the Republic of Turkey comprised of high officers and cadets from the military schools of the Turkish Armed Forces.

The meeting is part of the activities of the delegation of the Turkish Armed Forces related to the traditional marking of the anniversary of the graduation of Mustafa Kemal Ataturk, a ceremony held on 13.03.2021 in Bitola on the occasion of the 122nd anniversary of this event.

During the meeting in the cabinet of the Chief of General Staff, which was also attended by the Defence Attaché of the Republic of Turkey Colonel Serkan Cakir, they discussed the excellent bilateral army cooperation, part of the planned activities for 2021 in several areas, as well as ways to improve the cooperation.

General Gjurchinovski pointed out the continuous support we receive from the Republic of Turkey as our strategic partner, which can be noticed in the donations of equipment, the training and education of the members of the Army at the military educational institutions of the Turkish Armed Forces, as well as the participation of our members in the mission “Resolute Support” as part of the Turkish contingent.