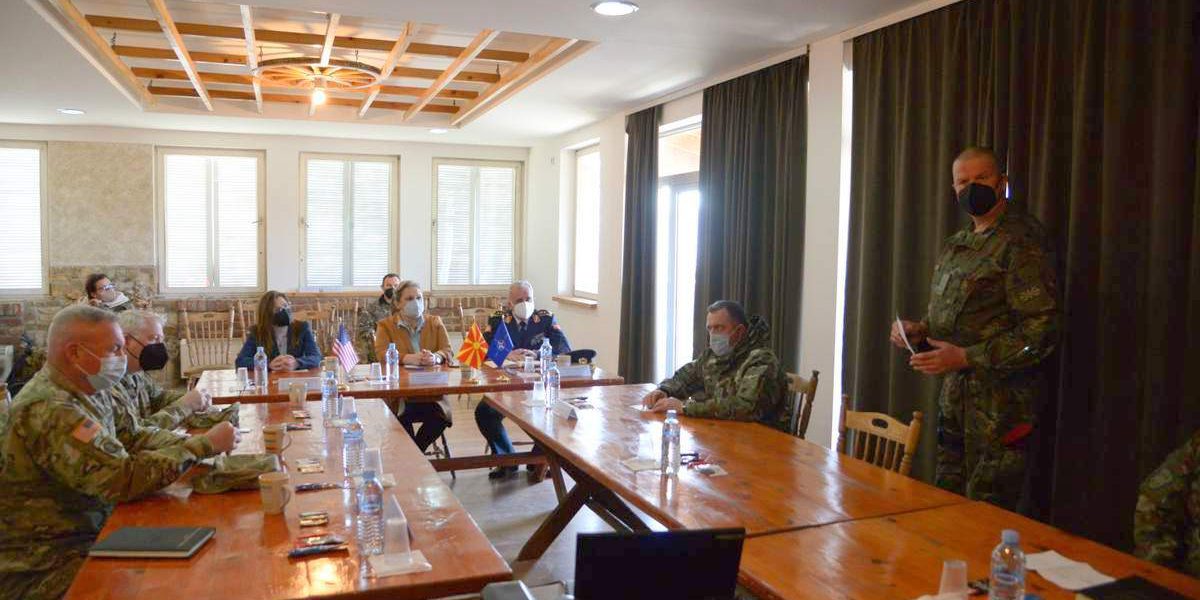 Today, at military barracks ‘Ilinden’ completion of a joint military training with the US Special Forces was marked by performing a demonstration exercise in front of the Minister of Defence Slavjanka Petrovska, the Chief of the General Staff, Lieutenant General Vasko Gjurchinovski and US Ambassador to N. Macedonia, Kate Marie Byrnes.

Joint training with the US special forces, as part of the JCET (Joint Combined Exchange Training) program was being conducted over the past six weeks at ‘Ilinden’ barracks, firing range ‘Stenkovec’ and the ATA ‘Krivolak’.

Minister Petrovska and Ambassador Byrnes addressed the current events in Ukraine in their speeches at the end of the activity. Minister Petrovska stated: ‘We condemn Russia’s military aggression over Ukraine and we join our NATO allies’ appeal to Russia to stop their military actions which pose a threat to Europe’s security’ and that our country’s safety as a NATO member state is guaranteed.

US Ambassador Kate Byrnes, who attended the ceremony, said that today’s events showed why the skills we jointly develop are important for Europe, as well as that these joint activities evidence the decision for joint development of our capabilities and interoperability in the Alliance and that the alliance is above all.