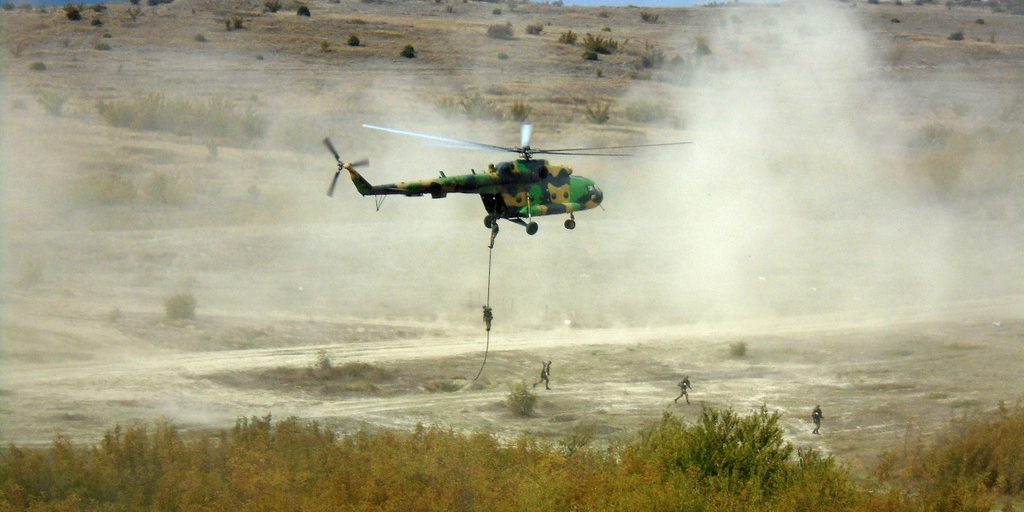 Members of the declared Ranger Company (RC), by demonstrating the procedures of the demonstration exercise with live firing “Ranger platoon in reaction and avoidance of contact”, which was carried out today at the Army Training Area (PA) “Krivolak” within the framework of the program Day for Senior Guests, marked the end of “Macedonian Flash 12”.

During the exercise the Rangers showed high professionalism and proficiency in demonstrating the combat actions and situations that were part of the contents of NATO Evaluation Level 1 of the exercise “Macedonian Flash 12”, which was conducted during the exercise.

The NATO Evaluation Level 1 of the declared RC was carried out in accordance with the NATO Operational Capabilities Concept, and implemented by an assessment team composed of representatives of the armies of NATO member states and Partnership for Peace (PfP) program.

Defence Minister Zoran Jolevski and ARM Chief of General Staff Lieutenant General Metodija Velichkovski attended today’s activity, as well as ARM generals, commanders of units, representatives of the NATO Liaison Office, the association of military attachés accredited in the Republic of Macedonia and other senior guests.

Yesterday the commander of the unit under evaluation, as well as the leadership of the exercise, were given the initial assessment of the evaluation conducted in accordance with NATO Operational Capabilities Concept, which is positive and in line with the high proficiency displayed by the unit members.

The exercise was attended by 250 members from 21 countries of NATO and PfP, and “32. Course for Training of Assessors in NATO, according to the OCC” was carried out within the exercise.

The exercise “Macedonian Flash 12” is a continuation of the cycle of exercises performed by ARM thus far, and it is another great success of ARM as well as a confirmation for meeting NATO standards.