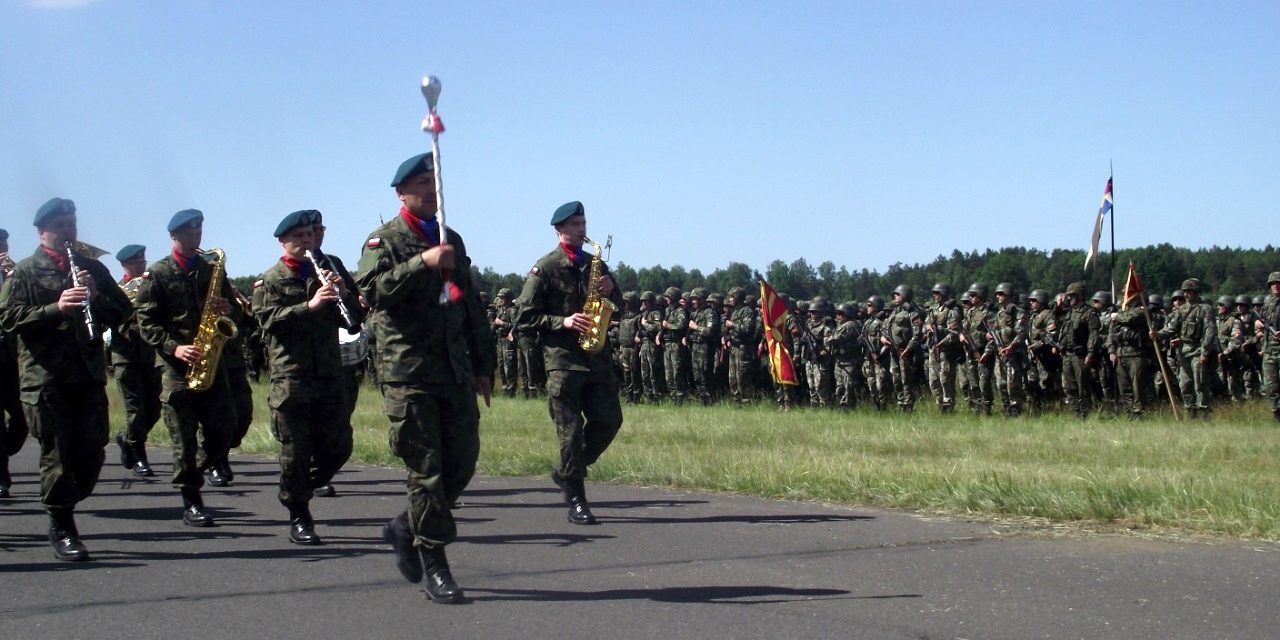 Members of the Amy of the Republic of Macedonia who left for Poland a few days ago, together with 31,000 members of the Armed Forces from another 23 countries from NATO and Partnership for Peace (PfP), with today’s participation at the opening ceremony of the international exercise “Anaconda 2016” started the activities which will be intensified by tomorrow and will last until 17th June.

The commencement of the largest exercise organized in Europe since 1980, with the participation of all branches of NATO and PfP armies was officially marked today with a synchronized ceremony at the National Defence University in Warsaw, as well as at the places where the units are stationed.

All our 157 participants at the exercise, from the 3rd Mechanized Infantry Battalion, size of a company, one platoon from the Military Police Battalion, members of the Special Operations Regiment and staff personnel immediately after their arrival got stationed at the camp on the locations where they are to carry out the activities, and are ready to perform the assigned tasks in the following days.

Locations where the ARM members are to carry out their tasks as part of the exercise are at the Drawsko – Pomorskie army training area, area of Chelmno and Miroslawiec on the territory of the Republic of Poland. All tactical tasks and operations are to be carried out in complete interoperability with the members of other armies participating in the exercise, applying the NATO operational procedures.