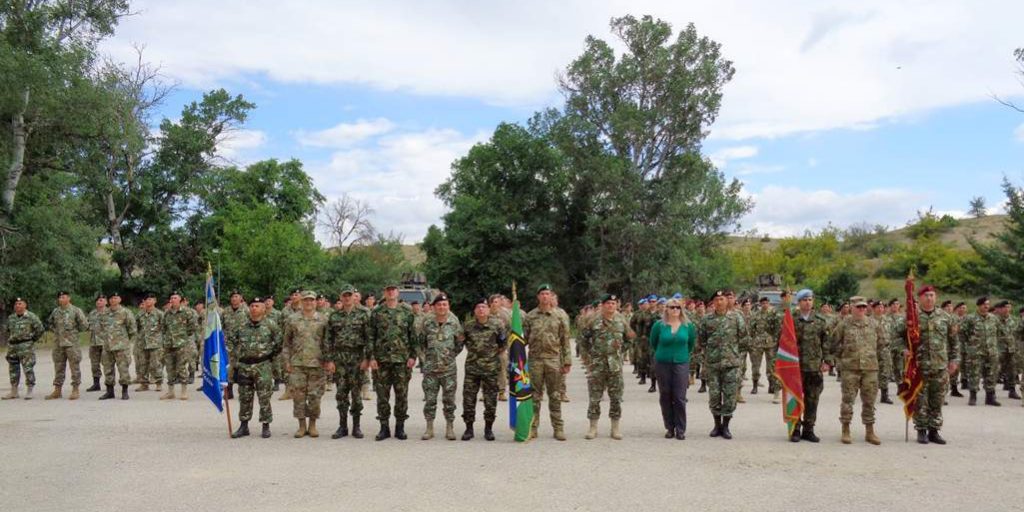 With a closing ceremony at camp ‘Strela’, ATA ‘Krivolak’ the end of the multinational military exercise ‘Decisive Strike 21’ was officially marked.

Operations Command (OC) Deputy Commander, Brigadier General Orce Jordev and the Director of exercise, Colonel Blazhe Nikolovski addressed the lined up exercise participants.
The OC is the organizer and executor of this military exercise.

In their speeches they acknowledged the effort, the hard work and enthusiasm of all participants and the exercise was officially declared as closed. The exercise completely fulfilled its goal to strengthen the units’ SOPs (standard operational procedures), to enhance interoperability and promote mutual understanding and confidence, and to strengthen the cooperation between exercise participating countries.

During the exercise there was constant environment control conducted by UGD Shtip, and the results showed that there were no harmful emissions jeopardizing the lives of people and the environment.

More than 1,500 members of armed forces from four (4) different countries participated in the military exercise ‘Decisive Strike 21’, organized by our Army. The exercise participants were the land forces, air-forces and Special Forces of the Army of the Republic of N. Macedonia; the USA Florida Army National Guard 1-153 CAV and helicopters for medical evacuation – MEDEVAC, Special forces from Greece and Bulgaria.