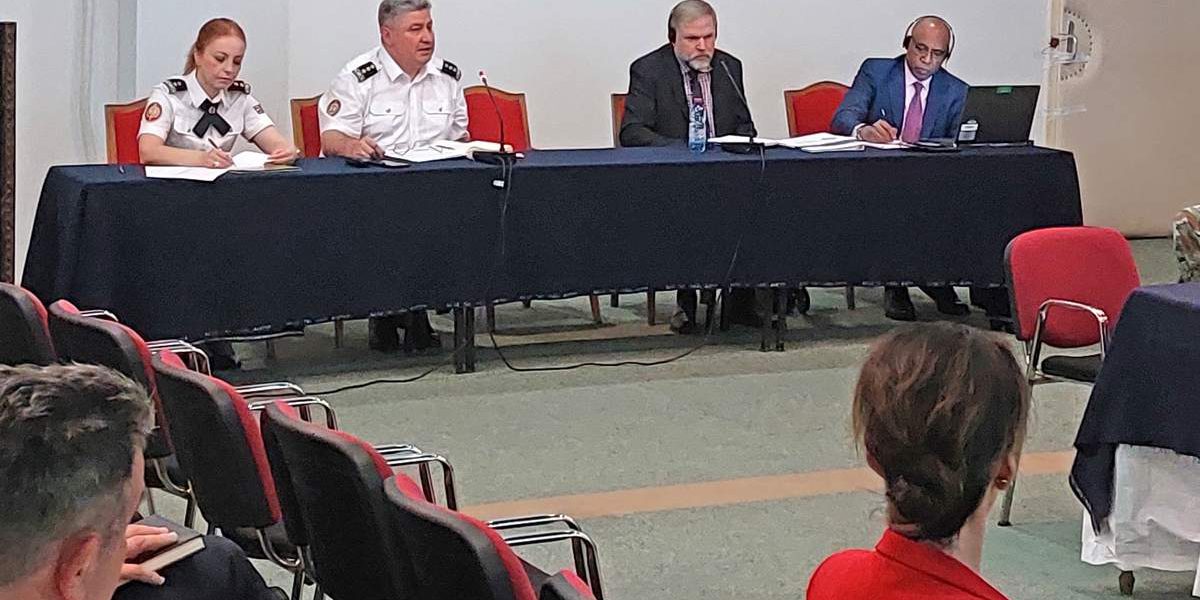 The Host Nation Support Workshop, which is part of the 2022 programme of military cooperation with the USA, was held from 07th to 09th June 2022, at the Army House. The workshop was opened by Colonel Vasko Toshevski, Chief of J4 of the General Staff of the Army. Mr. John Morton, a representative of the ESJ4 and Mr. James Bates, a representative of the American ISG took part in the workshop. The other participants were representatives of the ministries and government bodies which are involved in providing host nation support as well as representatives of sections and subordinate units of the General Staff.

One of the obligations of the Republic of North Macedonia as a NATO member is to establish a national HNS system for preparation and involvement of the government institutions and the Army in order to create conditions for accommodation, conduct of operations or transit movement of allied forces through our country. The proper functioning of the NHS system is of key importance for our credibility as an ally and a partner.

The aim of the workshop was to familiarize the representatives of the ministries and government bodies with the tasks and activities the Army carries out through the Coordination Centre of the Host Nation Support as well as to inform them about their responsibilities in providing host nation support for the military units of the allied forces.