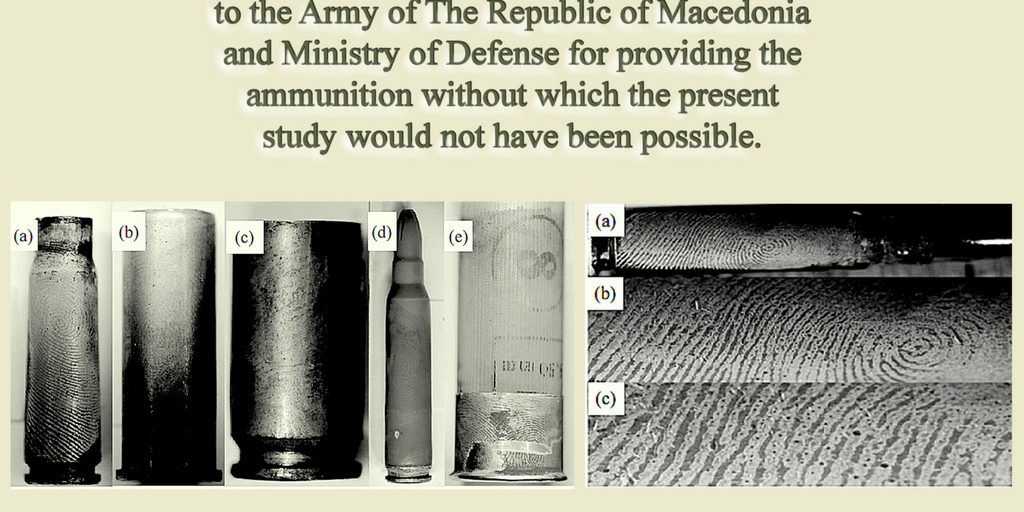 As a result of one such cooperation with the researchers from the Institute of Chemistry, Faculty of Natural Sciences and Mathematics, University ‘Sts Cyril and Methodius’ and the Faculty of Security – Skopje, University ‘St. Kliment Ohridski’ – Bitola, one internationally acknowledged scientific study has been published on the web and in a journal with an impact factor, and it is going to contribute to the forensics and in solving criminal cases.

The title of the study is: ‘A simple chemical method for visualization of the latent fingerprints in cases of non-discharged cartridges with deposition of Berlin blue pigment’, from the authors Prof. Dr. Metodija Najdoski, Associate professor Prof. Dr. Slobodan Oklevski, and Prof. Dr. Goran Stojkovic.

The support, given to the researchers by the Ministry of Defense of the Republic of Macedonia and the Army of the Republic of Macedonia, consisted of providing the necessary ammunition and locations for carrying out the necessary chemical experiments. The authors acknowledged their gratefulness for the given support in the realization of this scientific study in a published version of the same.

The significance of this kind of cooperation is that the results are going to help in solving committed criminal acts, because most of them are being solved thanks to fingerprints, which are the most frequent physical evidence.