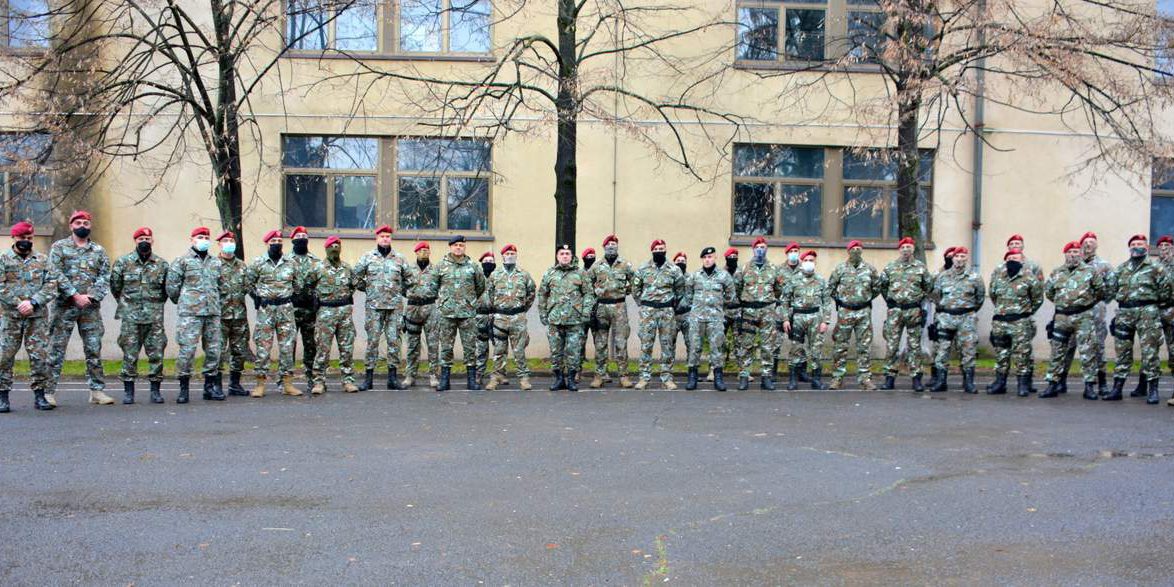 Today, the Army Chief of the General Staff, Lieutenant General Vasko Gjurchinovski commended and awarded incentives to the members of the Special Operations Force Battalion (SFB), who, with successful completion of the evaluation, met the initially set requirements for SF, since becoming a full-fledged NATO member.

Addressing the Special Operations Force Battalion members, General Gjurchinovski said that the result achieved during the NATO evaluation, conducted by NATO evaluators in the Hellenic Republic, is worth respect because they are the first team after our NATO accession to meet the strict evaluation criteria.

He told them to continue investing their knowledge with undiminished intensity, thus contributing to the overall combat readiness of the Army, but also to encourage with personal example the members of other units waiting for initial evaluation according to NATO standards.

At the same time, General Gjurchinovski used the opportunity to inform about the ongoing processes in the Army which refer to better living and working conditions, as well as to give directions on the further professional engagement of this elite unit, from which he himself has started his career.

The commander of the Special Forces Battalion, Lieutenant Colonel Oliver Zariovski pointed out that the motto of the unit “always first” has been confirmed, not only by the fact that this is the first professional composition, always in the forefront, but also by being the first unit evaluated according to NATO standards, after the country’s full membership.

During today’s tour, the Special Forces Battalion members were informed about the incentives awarded by the Chief of General Staff for “combat-ready” evaluation achieved.

After the successful completion of the first phase, previously conducted in the Republic of North Macedonia, in the period from November 29 to December 2, the SFB members participated with two combat units, in the Special Operations Force Evaluation (SOFEVAL) conducted at NATO exercise in the Hellenic Republic.

They have been evaluated “combat-ready”, and completed one of the Army’s goals related to Special Operation Forces capabilities, set after our NATO membership.