Celebrating the Day of the Air Force WING 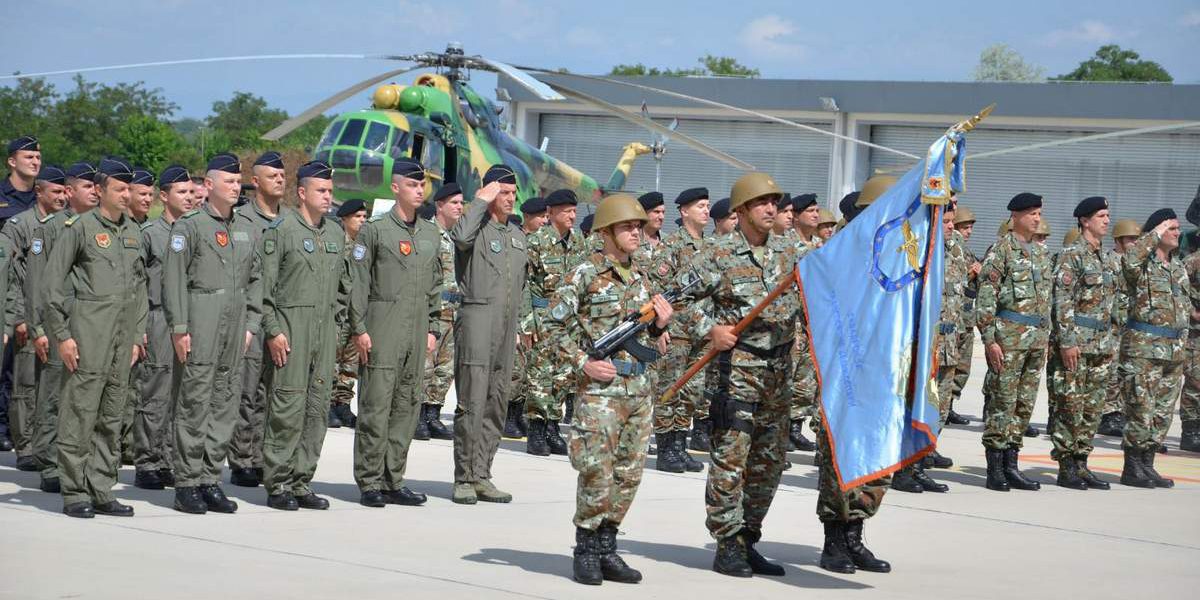 The members of the Air Force WING (afWING), a unit under the Operations Command (OC), celebrated the Day of the Unit, marking thirty years of its establishment. This celebration was one the activities marking the 30th anniversary of the Army.

Lieutenant General Vasko Gjurchinovski and other guests attended the military ceremony in barracks “Strasho Pindjur” in Petrovec during which the Deputy Commander of the WING, Lieutenant Colonel Igor Chkorov and the Chief of Staff of the Operations Command, Brigadier General Mirche Gjorgoski gave short speeches.

Lieutenant Colonel Igor Chkorov talked about the development of the unit, emphasizing the utmost commitment of the members of the air force during these past thirty years. He also said that the air force WING had always been focused on keeping the combat readiness of the unit at the highest level, which had contributed to a successful fulfillment of its mission.

The Chief of Staff of the Operations Command, Brigadier General Mirche Gjorgoski congratulated the members of WING on the anniversary of their unit, and also mentioned their readiness and skills when dealing with challenges and complex tasks; both combat and tasks which involve giving support to the institutions and the citizens of the Republic of North Macedonia.

During the ceremony the members of the unit which had notable achievements were given incentive awards by the Chief of the GS and the Commander of OC, and the former commanders of the unit were given certificates of acknowledgment for their contribution to the development of this unit.

The guest at the ceremony had an opportunity to see a flyover of F-16 fighter aircrafts, part of NATO air patrols, as well as flyovers of other aircrafts of the WING.

The ceremony, besides the Chief of the General Staff, Lieutenant General Vasko Gjurchinovski, was attended by the MoD State Secretary, Dragan Nikolikj, other army generals, representatives of the Ministry of Defence and the General Staff, commanders of other units of the Army, former commanders and members of the unit, and other guests.

Today’s date has been set as the day of the WING because it marks the first flight of our army’s air force aircraft in 1992. At the beginning, this unit was composed of an air force brigade with an air force, transport and combat squadron. In 2005 it was transformed into a smaller and more compact unit, the Air Force WING (air force reconnaissance attack group), which existed until 2012 when the air force brigade was formed. The current WING was established with the last transformation.