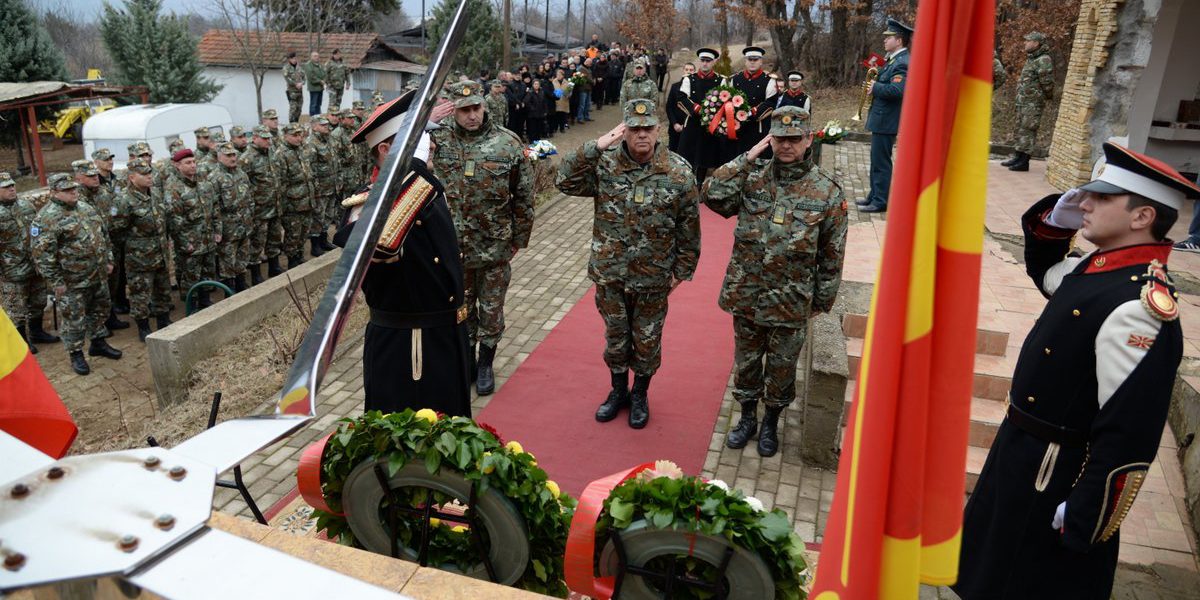 Ten years since the tragic helicopter crash in 2008, in which 11 ARM servicemen lost their lives returning from the ALTHEA peacekeeping mission in Bosnia and Herzegovina, were marked by laying fresh flowers on their Memorial.

On the occasion of marking the helicopter crash fresh flowers were laid on the Memorial in Blace-Katlanovo by delegations from: the Ministry of Defense, led by the Minister of Defense Radmila Shekerinska, the ARM General Staff, led by the Deputy Chief of General Staff, Major General Muhamed Racaj, the Cabinet of the President of the Republic of Macedonia, the Joint Operations Command (JOC), the Air Force Brigade (AFBde), the 1st Mechanized Infantry Brigade (1st MIB) and the family members of the dead soldiers.

On the memorial of the fallen ARM soldiers at the Butmir base in Bosnia and Herzegovina, delegations of MOD and ARM, members of the Macedonian contingent and the command of the ALTHEA mission laid fresh flowers, too.

Delegations from the MOD, GS of the ARM, JOC, and the 1st MIB also laid fresh flowers in front of the command of Air Force Brigade in Straso Pindzur barracks, in Petrovec.