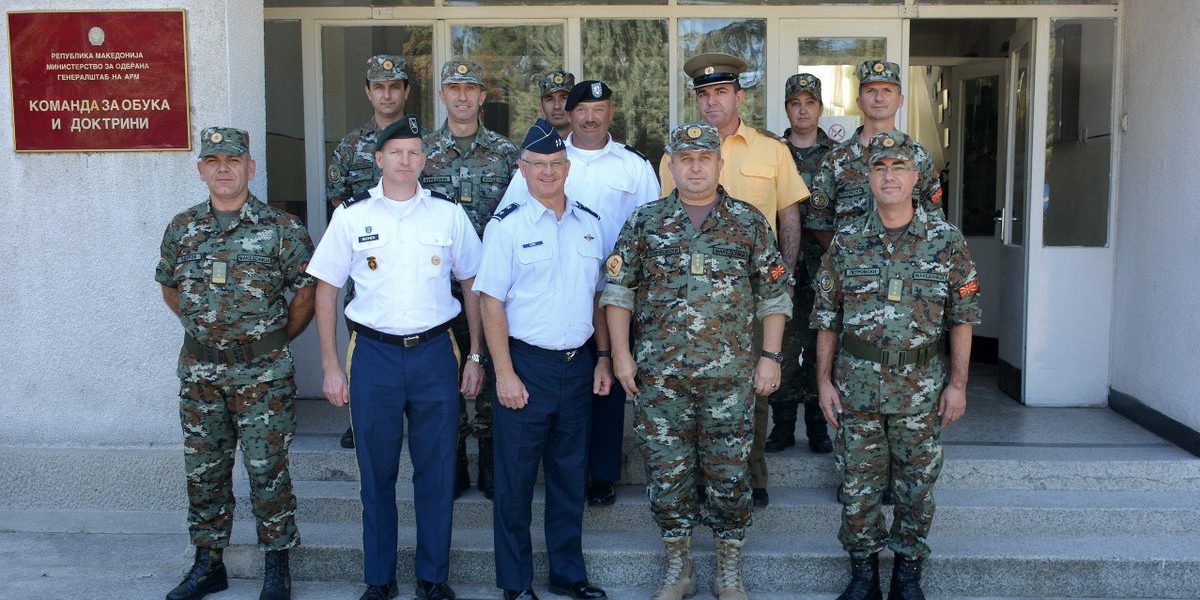 Visiting military bases and educational centers, and taking part in different forms of training are some of the activities which are conducted by the military cooperation plan between ARM and the Vermont NG and the USA Army.

Today, the delegation, led by the commander of the NG of Vermont Major General Steven Cray, together with the Chief of GS of ARM Lieutenant General Metodija Velichkovski visited the Training and Doctrine Command in Veles.

The delegation was informed about the mission and tasks of this subordinate unit of ARM, with emphasis of the role and capabilities of the individual training center and the simulations center in conducting training of ARM servicemen in accordance with the NATO standards.

This continuous visit of the representatives of the Vermont NG strengthens the strategic partnership with the ARM and improves the cooperation between the USA and Macedonia.