Traditional New Year’s Visit of the President of the Republic of Macedonia, Gjorge Ivanov, to the ARM Units in the Barracks “Chojlija” 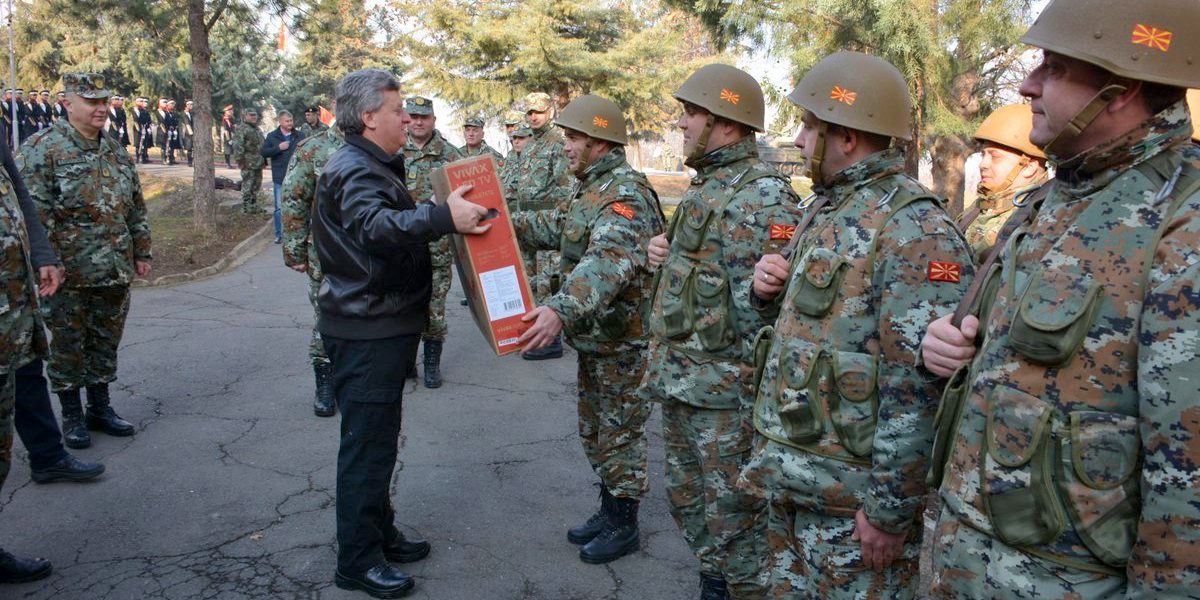 During the traditional New Year’s visit to the ARM units, President Ivanov wished a happy New Year to the ARM servicemen who have been on duty during the New Year’s holidays, on his behalf and on behalf of the citizens of the Republic of Macedonia. In addition, he gave a TV set to the units stationed at this barracks.

He also thanked them for carrying out not only the constitutionally defined tasks in the protection of sovereignty and territorial integrity, but also for the selflessly invested their maximum wherever there was a need for dealing with crisis.

During the visit, President Ivanov was informed by the Commandant and Commander of the Tank Battalion and the NBC Company located in this barracks about the current situation, mission and tasks of these units within the First Mechanized Infantry Brigade.

At the same time, he had the opportunity to get acquainted with the assets of these units, as well as with the procedures of tank crew in various situations when preparing a tank for combat actions.

At the end of the visit, the Supreme Commander and the ARM Chief of General Staff, together with the Commanders of the Joint Operational Command and the First Mechanized Infantry Brigade, Brigadier Generals Zoran Mileski and Mirche Gjorgoski had lunch with the soldiers.