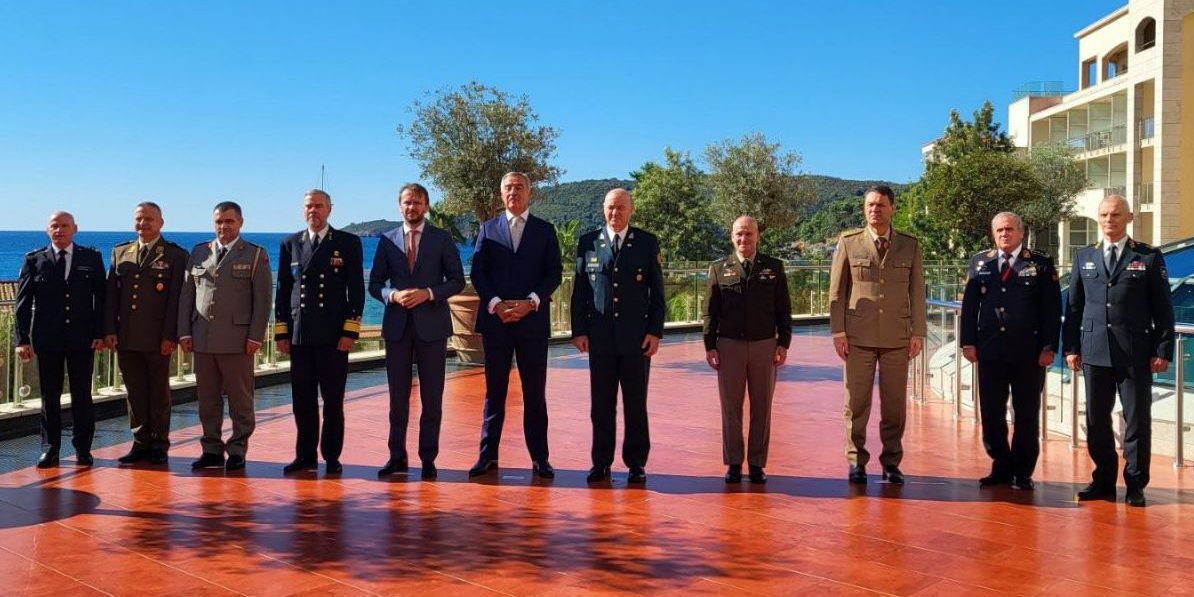 The Chief of the General Staff of the Army, Lieutenant General Vasko Gjurchinovski attended the 25th Conference of Chiefs of General Staffs of the armies of member states of the U.S. – Adriatic Charter (A5), which was held in Budva, Montenegro.

At the annual conference, hosted by the Chief of General Staff of the Army of Montenegro, Brigadier General Zoran Lazarevikj, together with General Christopher G. Cavoli, Supreme Allied Commander Europe (SACEUR) and Admiral Rob Bauer, Chair of the NATO Military Committee, the participants discussed the security challenges in the Western Balkan region and development of joint capacities of the A5 armies in order to deal with those challenges.

In his speech General Gjurchinovski pointed out the determination of the Army of the Republic of North Macedonia in the process of full implementation of the set goals to reach the necessary capabilities and capacities, in accordance with the security plan.

He also stressed the importance of promoting mutual military cooperation in all areas, mainly through sharing and joining the capacities, joint trainings and military activities in order to cope with the increasing security challenges and to foster stability and security in the region and beyond.

At the end of the conference, the participants signed a joint statement. Besides expressing considerable concern about the situation caused by the Russian invasion on Ukraine and assaulting fundamental international law and democratic principles and norms; the statement also confirms the strong commitment for further strengthening of the relationship and military cooperation between the armies of the US-Adriatic Charter member states.

Thereby it was accentuated that intensifying mutual cooperation, joint activities, mutual interoperability and capacities for cyber defence will enable efficient response to contemporary security challenges and will improve regional safety.

As part of the program, General Gjurchinovski had several bilateral meetings with his colleagues, among which also with General Christopher Cavoli.

The conference was attended by the Chiefs of Staff of the armies of U.S.-Adriatic Charter member states (North Macedonia, Croatia, Albania, Bosnia and Herzegovina and Montenegro), Commander of US European Command, also Supreme Allied Commander Europe; representatives of National Guards of US states partners to the A5 countries; as well as representatives of the Armed Forces of Slovenia, Serbia and Kosovo Security Forces as observers.

The U.S.-Adriatic Charter was formed in 2003 with the signing of an agreement by which the USA as a patron, Republic of North Macedonia, Albania and Croatia were obligated to promote regional cooperation in the field of defence, through an institutional framework. Later, during 2008 Bosnia and Herzegovina and Montenegro joined the initiative, while Slovenia, Serbia and Kosovo hold the status of observers.

Yesterday, as part of the conference, Sergeant Majors of the Armies of A5 member states also held a meeting.

Conferences of the Chiefs of Staff of the armies of the U.S.-Adriatic Charter (A-5) member states are held once a year on a rotating basis.

The Army of the Republic of North Macedonia will host the 26th Conference which will be held in 2023.