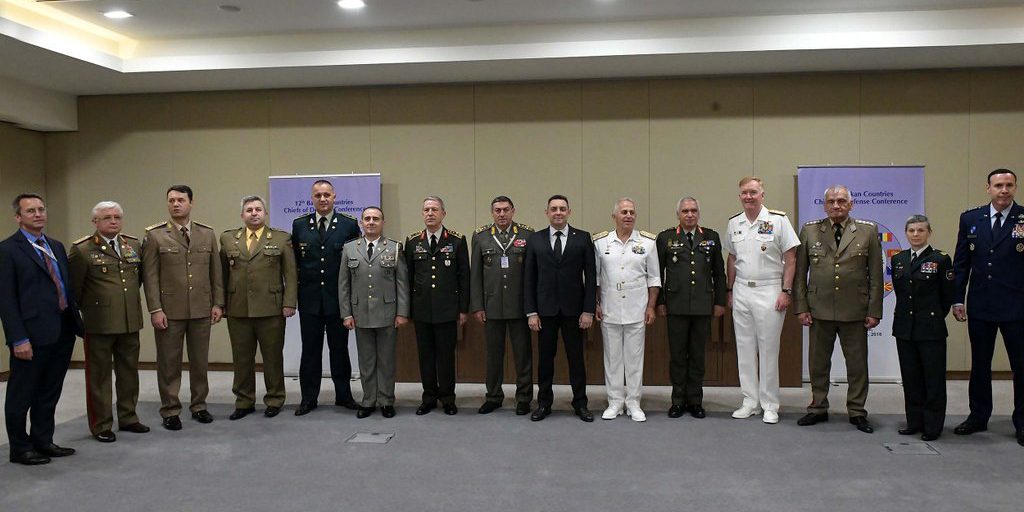 The Chief of General Staff of the Army of the Republic of Macedonia, Lieutenant General Metodija Velichkovski attends the conference of the Chiefs of General Staffs (GSs) of armies of the Balkan countries.

The 12th Conference of the Chiefs of GSs of the Balkan countries is held in Belgrade, Serbia and is attended by CGSs from armies of 9 Balkan member state countries (Albania, Bosnia and Herzegovina, Bulgaria, Greece, Macedonia, Romania, Serbia, Turkey and Monte Negro), as well as representatives of the NATO military committee, the EU military committee, the Allied Joint Force Command Naples and Slovenia as observers.

Apart from deciding on the yearly report, at the working sessions the security and challenges of the cyberspace were discussed, as well as enhancing the regional military cooperation, where experts in the field had their presentations.

In his address General Velichkovski emphasized his belief that this forum will be the pillar of mutual understanding and constructive military cooperation in the future, which will contribute to the stability of the entire region.

The conference was opened by the Defence Minister of Republic of Serbia, Aleksandar Vulin, who pointed out in his speech that peace and stability are of the highest interest for the Balkan region and that military cooperation is the only way to solve security problems.

During the forum, in the afternoon, after signing the joint statement, General Velichkovski will have an official bilateral meeting with the Chief of GS of Serbian Armed Forces, General Ljubisha Dikovic, as well as informal meetings with other participants during which identifying the opportunities, forms and measures for strengthening further military cooperation will be discussed.

The conference, in this format, was established in 2006 and is held once a year rotating the host country. The conclusions reached form the basis of the cooperation and are a significant mechanism for intensifying not only mutual cooperation, but also cooperation with NATO, EU and other organizations in the area of defence. The Republic of Macedonia hosted the 5th conference which was held in 2011, in Ohrid, and it will be the host again in 2022.