Celebration of the 1. Infantry Battalion Day 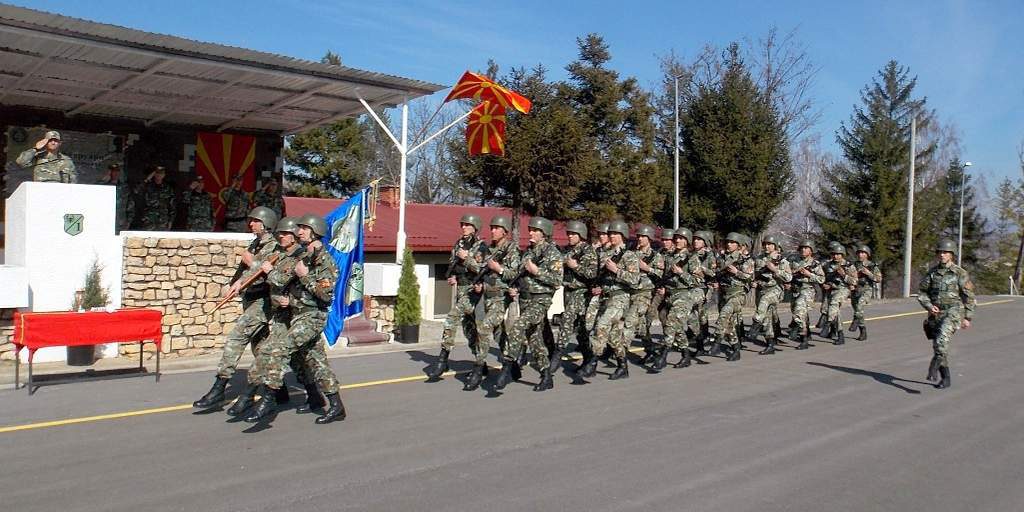 With a military ceremony in the barracks “Boro Menkov” in Kumanovo, the members of the 1. Infantry Battalion (1.Ibn) within the 1. Infantry Brigade (1.IBr) marked the day of the unit, “February 26th” – the day when in 1944, the 3rd Macedonian Assault Liberation Brigade was formed in the village Zhegljane, Kumanovo.

The ceremony was attended by a delegation from the Operations Command (OC) led by Major General Pavle Arsoski, delegation from the 1.IBr Command and Staff, the Commanders of Battalions within the 1.IBr, former Commanders of the 1.IBr, members of the Association of Veterans of Kumanovo, the local self-government, different associations and organizations which have long-term cooperation with the 1.IBn.

The Chief of Staff of the 1.IBr, Colonel Dejan Chiplakovski and the 1.IBn Commander, Lieutenant Colonel Mirche Tasev addressed the guests at the ceremony.

The third platoon within the first infantry company was chosen as the best unit within the Battalion for 2019, certain number of Officers, NCOs and professional soldiers received awards and certificates of commendation and certificates of gratitude were given for successful cooperation with the civilian structures.

The end of the ceremony was marked by a parade by the members of the 1.IBn and the guests had the opportunity to see the equipment and means of the unit.

As part of the activities for marking the day of the unit, the members of the Command and Staff and the key Battalion personnel visited the Museum of Kumanovo, they laid fresh flowers in front of the memorial in the village Zhegljane and also organized blood donation activity.