Marking the Day of the Patron of the Barracks in Tetovo 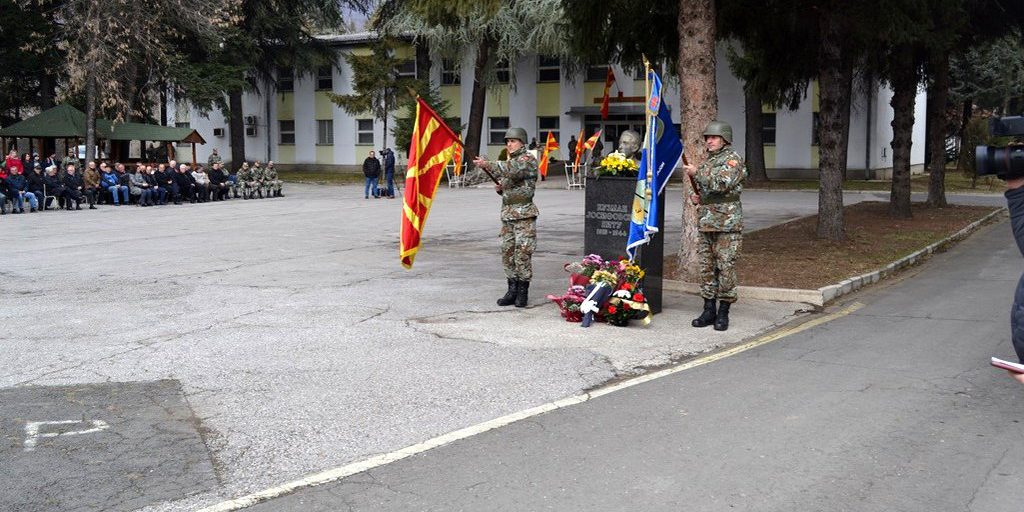 The ceremony was attended by the Deputy Commander of the 1st MIBde, and service personnel from 1st MIBde Staff. There were also representatives of the War Veterans Association of Tetovo, the local government, political parties, civilian associations, religious communities, governmental and non-governmental organizations, and students from two local schools, all of which are in the 3MIBn’s area of responsibility. Honoring the 75th anniversary of his death, fresh flowers were laid in front of the bust of the national hero Kuzman Josifovski-Pitu in the barracks.

The 3MIBn Commander, Lieutenant Colonel Izeir Ejupi, in his speech gave a short historical background of the life and work of Kuzman Josifovski-Pitu, and at the same time highlighted that this tradition of marking the death of the national hero, year after year, upheld the significance of his name and deeds for Macedonia, and thus its legacy would be passed on to generations to come.