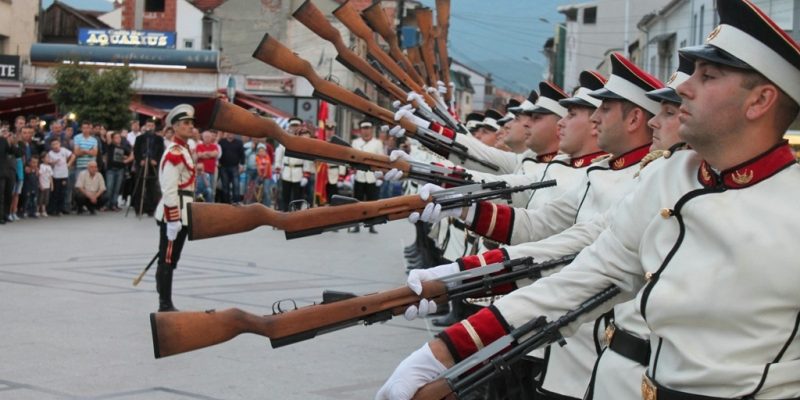 Yesterday evening, the Military Orchestra of the Army delivered an hour-long performance to the citizens of Gostivar. Within the programme of the performance, which was held on the city square and was attended by the Commander of the 1st Mechanized Infantry Brigade, Brigadier General Pavle Arsoski, representatives of the municipal council and the mayor of Gostivar, the Military Orchestra performed world famous orchestral-altered compositions. Apart from the orchestral performance, the members of the Honour Battalion carried out the drill performance “EXERCER” which demonstrated their high proficiency in working with rifle and marching.

This is the first concert of the ARM Military Orchestra in Gostivar. The project started last month with performances by the Orchestra and by the members of the Guard Company from the Honour Battalion in Makedonski Brod and Delcevo, and by the end of the year, these concerts and presentations will be held in cities across the country.