Live-firing tactical exercise with cadets from third and fourth year 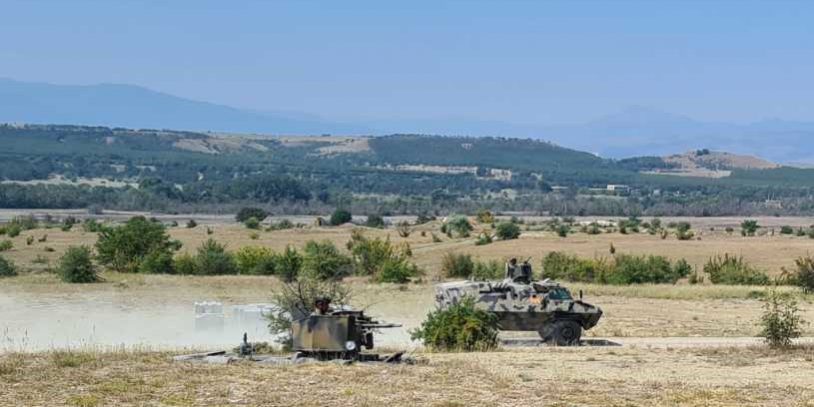 The cadets from the third and fourth year of the Cadet Training Center carried out a final live firing tactical exercise at ATA Krivolak.

During the exercise, the cadets in the composition of a section and platoon, independently and under command practiced conducting collective tasks during offensive combat actions on different targets. At the same time, they were trained in combining fire, movement during an attack, synchronization with neighboring units, gaining new knowledge and skills for offensive combat actions and regulation of fire within a section and platoon.

The procedures they performed were monitored by the deputy commander of the Training and Doctrines Command, Colonel Stojanche Todorov, the Dean of the Military Academy, Colonel Mitko Bogdanoski and representatives from the General Staff of the Army and the Operations Command.

Army Day celebration at the Training and Doctrine Command
17.08.2022