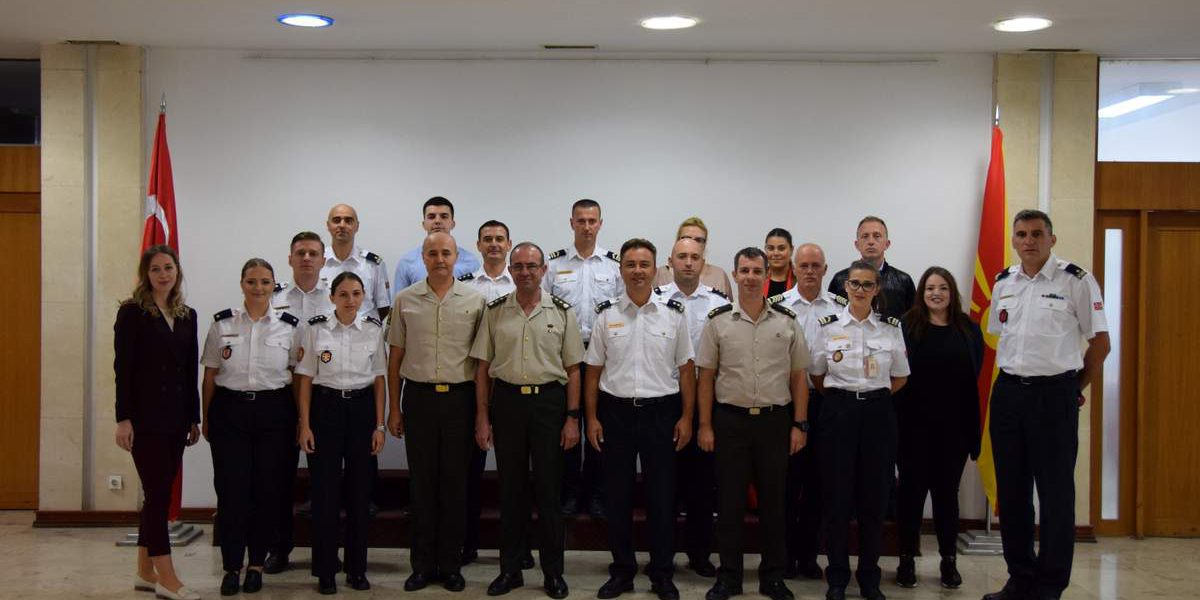 In the period from September, 26h to 30th, according to the program, through discussion and exchange of experiences, several topics from the military protocol were approved by the instructors from the Armed Forces of Republic of Turkiye, such as: planning and implementation of protocol activities when visiting delegations, but also in other situations, as well as practical performance of protocol activities.

During the course, the participants were presented with a wide variety of situations during official events and visits, where the instructors with members of the General Staff, the Ministry of Defense and the subordinate commands and units of the Army compared the way of implementing protocol activities in the two Armies and new knowledge was gained.

At the end of the activity, in the presence of the military attaché of the Republic of Turkey, Colonel Serkan Cakir, the participants were awarded certificates for the successfully completed course, specialized in this field.