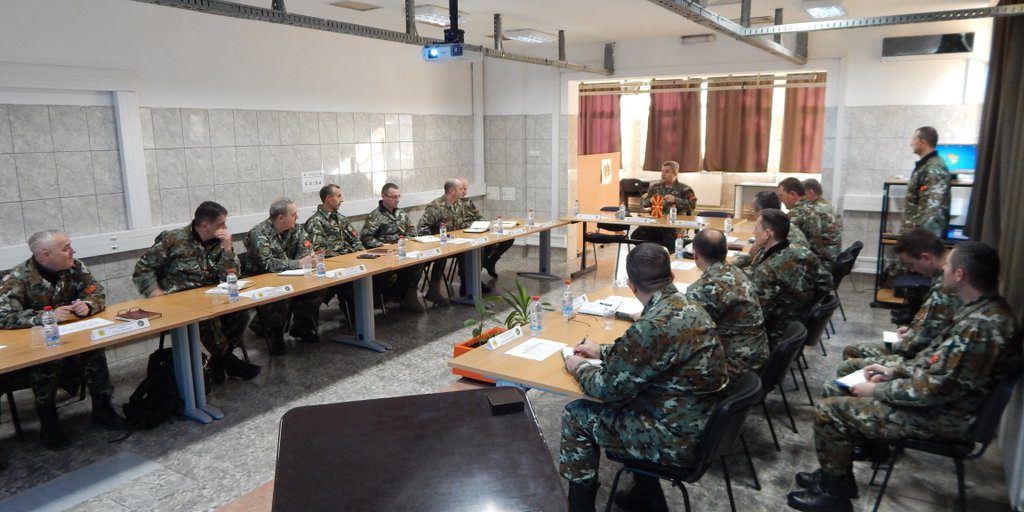 Today at the Training Command and Doctrine at the military barracks ‘Aleksa Demnievski – Bauman’, the commanders of commands and units subordinate to the ARM GS briefed the Chief of the General Staff, Lieutenant General Metodija Velichkovski, on the combat readiness status in 2017.

During the annual briefing the commanders informed the ARM CGS about the realization of the assignments, in accordance with the functional areas which have an influence on ARM combat readiness.

Special attention was drawn to finding ways to improve the working conditions of ARM members, emphasizing the logistics support and financial provision for the ARM commands and units which have an impact on their combat readiness.

In his address the Chief of General Staff pointed out that besides all the challenges and complex conditions ARM faced in the year it marked its 25th anniversary, all assignments were successfully accomplished with maximum effort from its personnel at all levels.