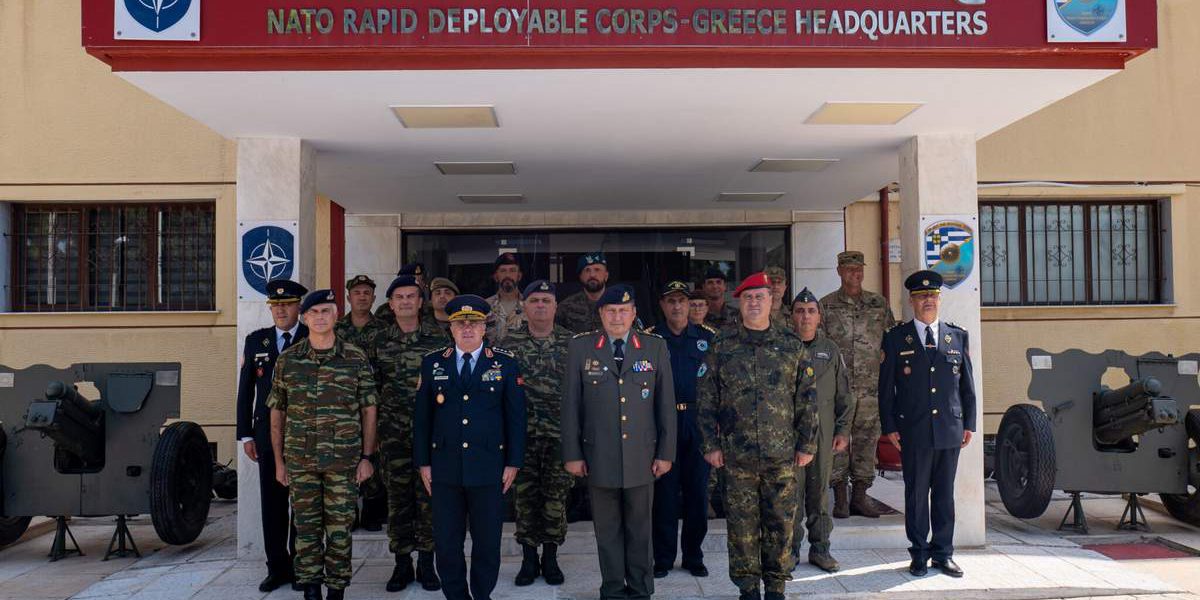 At the meeting with the Commander of the NATO Rapid Deployable Corps – Greece, Lieutenant General Sotirios Kostakoglou, the mission, organization and capabilities of this corps were presented, as well as possibilities for improvement of the cooperation with our Army through different forms and areas of common interest, such as training and exercises.

At the same time, the topic of discussion was the fact that a Staff Officer of the Army of the Republic of North Macedonia will be deployed to the command of the NATO Rapid Deployable Corps. Moreover, there will be a discussion about additional deployment of another officer or non-commissioned officer in this NATO Command.

During this official visit, which has been planned to last from 19-21 of August, joint visit of the training facilities in the area of responsibility is also scheduled.