Marking the 14th anniversary of the helicopter crash in Blace 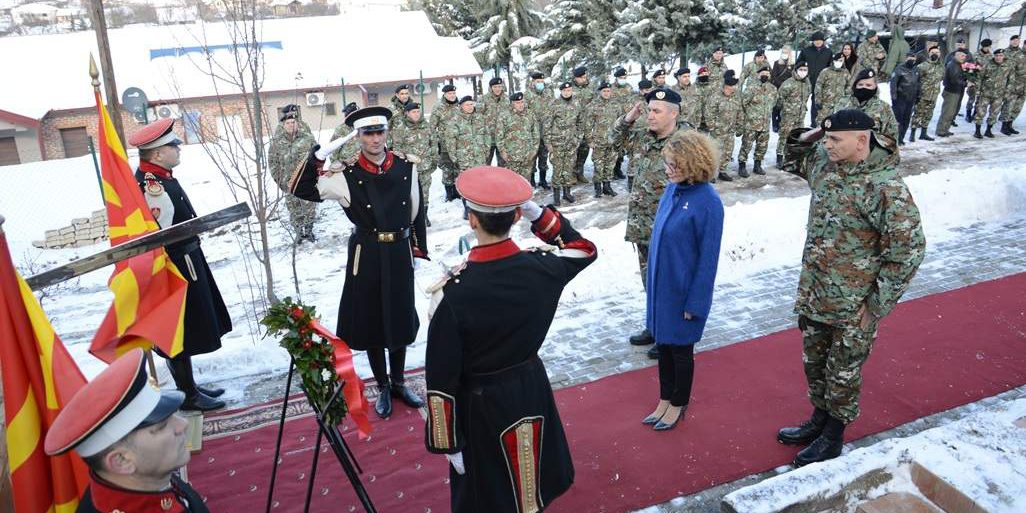 At the memorial in Blace – Katlanovo fresh flowers were laid by delegations from the Ministry of Defense and the General Staff of the Army, composed of the Minister of Defense, Radmila Shekerinska and the Deputy Chief of General Staff, Major General Azim Nuredin, the Office of the President, from the Municipality of Petrovec, the Operations Command, the Air Force WING, the 1st Infantry Brigade and family members of the fallen soldiers.

Members of the Air Force WING marked the 14th anniversary of the helicopter crash by laying fresh flowers at the memorial in front of the command at the Strasho Pindzur barracks in Petrovec.

The fallen soldiers were also honored in the Butmir camp, Sarajevo, where our peacekeepers were part of the “ALTHEA” mission.