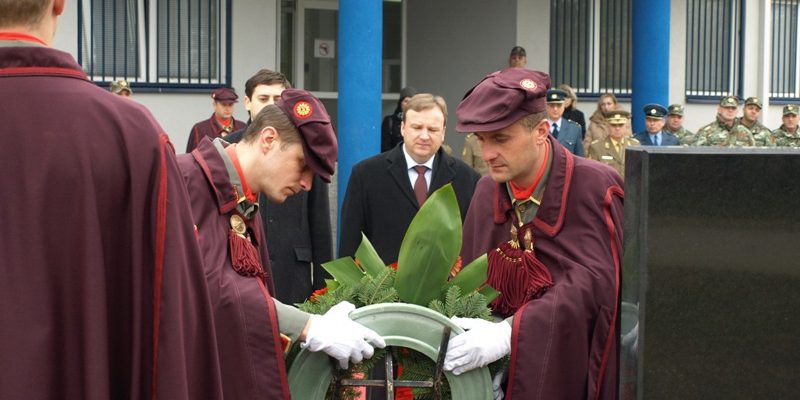 Today, January 10, in front of the Air Force Brigade headquarters in the barracks “Strasho Pindzur” in Petrovec, there was commemoration of six years since the helicopter crash when tragically died eleven members of the air force brigade.

On this occasion on the commemoration, wreaths of fresh flowers were placed by delegations from the Ministry of Defence, led by Deputy Defense Minister Emil Dimitirev from the General Staff, Joined Operations Command, Air Brigade and the First Mechanized Infantry Brigade.