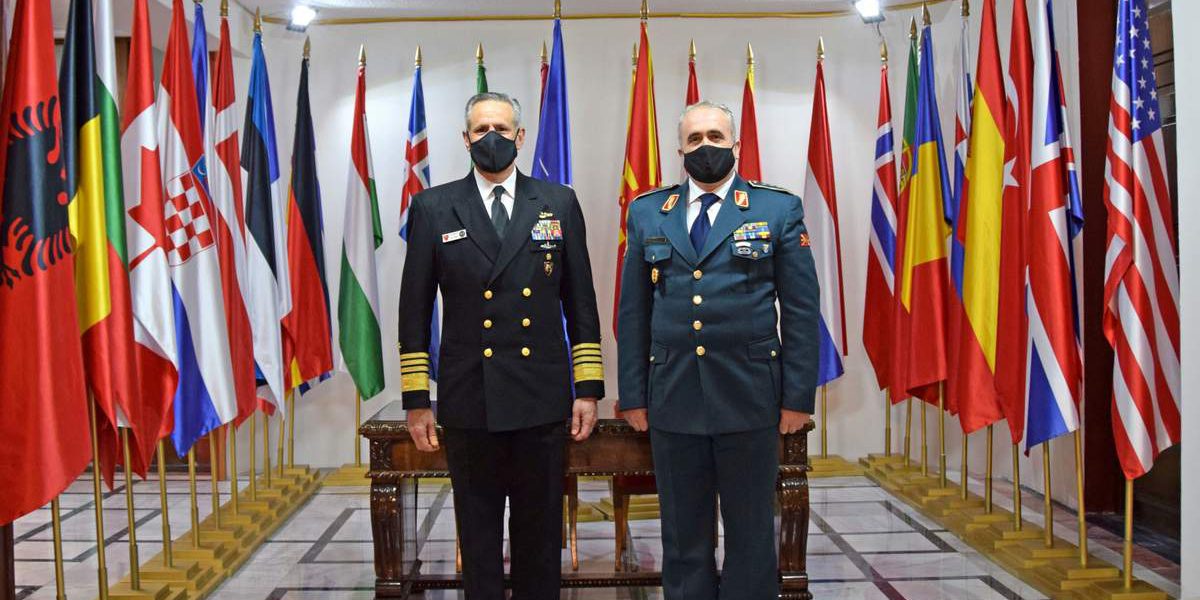 The Chief of General Staff, Lieutenant General Vasko Gjurchinovski met today at the General Staff with the Commander of the NATO Joint Command in Naples, Admiral Robert Burke, to discuss the participation of the Army of the Republic of North Macedonia in NATO peacekeeping operations and international exercises.

Today, Admiral Robert Burke, together with General Gjurchinovski and the highest military and political leadership, will attend the central ceremony at the Ilinden Barracks on the occasion of the first anniversary of the Republic of North Macedonia NATO memebership, where members of the Army will show some of their capabilities and interoperability with NATO standards.