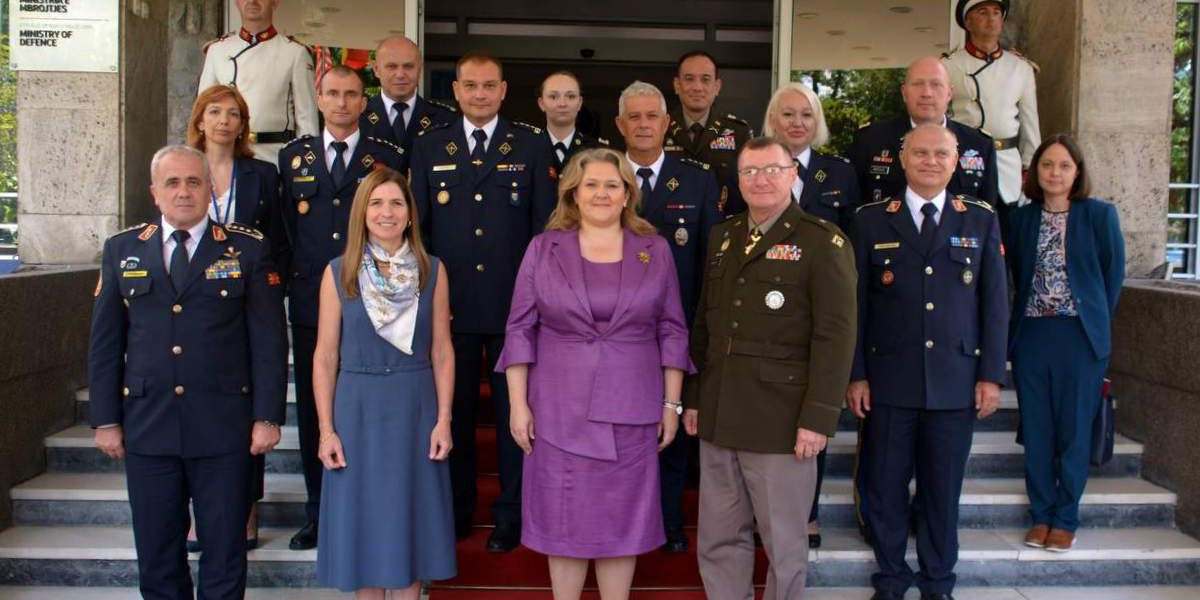 The Commander of the National Guard of the USA state of Vermont, Major General Gregory Knight, met the Chief of Staff of the Army, Lieutenant General Vasko Gjurchinovski, as part of his two-day official visit of the Republic of North Macedonia.

At his visit of the Ministry of Defense and the General Staff, he, together with the USA Ambassador to the Republic of North Macedonia, Kate Marie Byrnes, met the Minister of Defense, Slavjanka Petrovska.

At the meeting, generals Gjurchinovski and Knight talked about the twenty-seven-year long bilateral cooperation which was done through joint peacekeeping operations, a large number of joint military exercises, military training, and education of both armies. This cooperation has been assessed as the most successful and useful; therefore, they pledged to continue intensifying it in the future.

Previously, the Commander of the National Guard, Major General Gregory Knight attended the official gathering of the MoD and GS of the Army personnel. Afterwards, he met with the President of the Republic of North Macedonia and the Commander-in Chief of the Army, Stevo Pendarovski.

Tomorrow, General Knight will attend the central ceremony to mark the Day of the Army in the military barracks “Ilinden”.