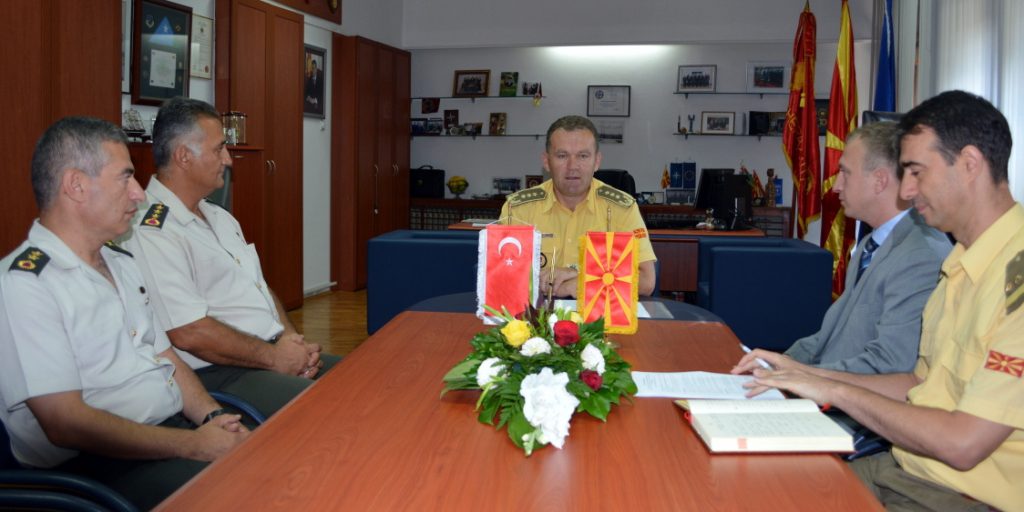 General Koteski thanked Colonel Yildrim for his professional involvement and his contribution in the improvement of the bilateral cooperation between the ARM and Turkish Armed Forces (TAF). He also praised the continuous and generous support of Turkish Armed Forces in donating equipment to the ARM.

Colonel Yildrim was a Defense Attaché of Turkey in R. Macedonia for three years and his mandate will be remembered for many successfully conducted activities as a part of the bilateral cooperation plan and program including ARM personnel education in Turkish military centers and improving the cooperation between the Special Forces of TAF and ARM.