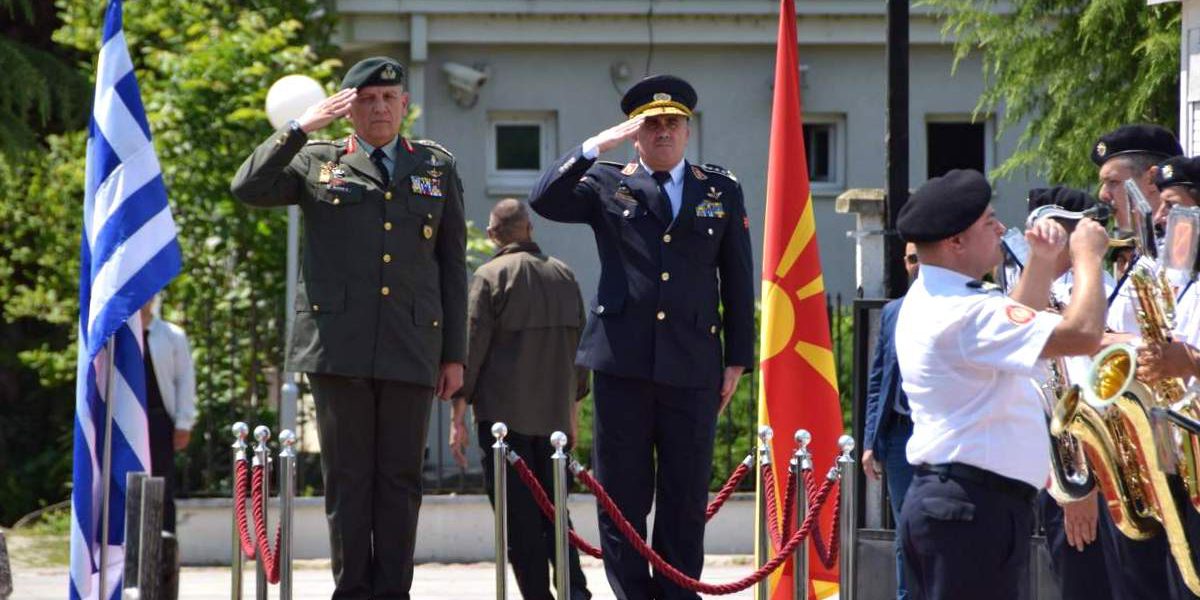 After the end of the Fifteenth Conference of the Chiefs of Defence of the Balkan countries, held yesterday in Ohrid, the Chief of the General Staff of the Army of the Republic of North Macedonia, Lieutenant General Vasko Gjurchinovski, had a meeting with the Chief of the Hellenic National Defense, General Kostantinos Floros.

At the meeting, which was held at the Water Training Center, Generals Gjurchinovski and Floros discussed the decisions made at Conference, as well as bilateral military cooperation, which is important for the security of the entire region.

The opportunities for intensifying the already existing cooperation, which takes place in the domain of NATO defense planning, standardization, military-professional education and training of Special Forces, were considered.

During the visit to the Water Training Center, the delegation of the Hellenic AF had the opportunity to get acquainted with the current process of transformation of the Army of the Republic of North Macedonia, the participation in operations abroad and the possibility of using the facilities of ATA “Krivolak” for exercises.

After the meeting, the delegation had the opportunity to watch a joint demonstration exercise of the special forces of the two armies, which was also the final activity of the joint training and exercise “Balkan Warrior 22”.