Monthly Report of Commanders of Subordinate Units to JOC Commander 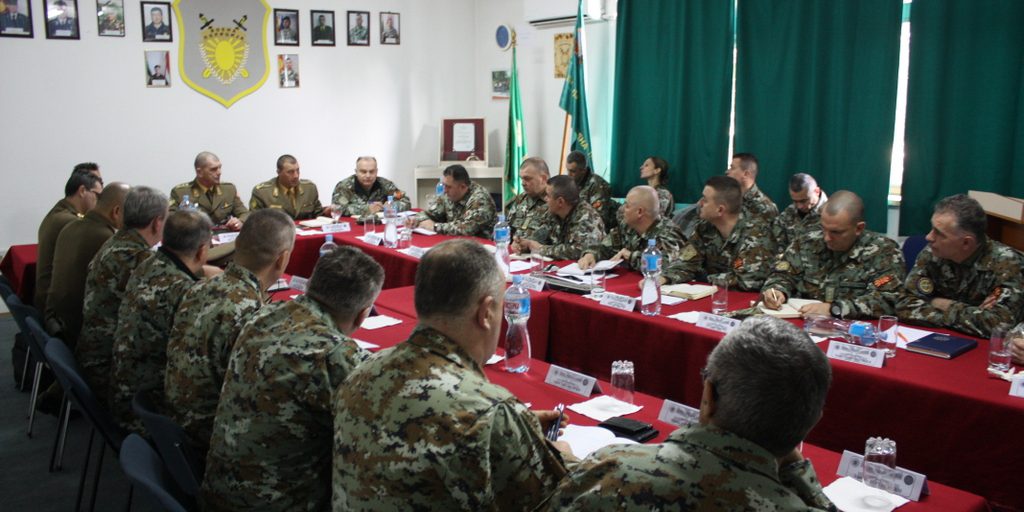 At the barracks “Ilinden” in Skopje, the Commanders of the subordinate units of the Joint Operations Command (JOC) reported on the combat readiness for January, 2019.

The Commanders of the subordinate units reported to the JOC Commander, Major General Pavle Arsoski on the achievements, completed plans, tasks and activities, training and the rest of the segments in the work of the units which affect the combat readiness of the units.

During the meeting, the Commanders also presented their views and analyses on the: personnel management, protection of the forces, operations, training and exercises, logistics, communications, budget and civilian-military cooperation.

The Commanders of the subordinate units also pointed out the level of realization of the planned tasks, the achieved results in training, as well as the living and working conditions.

At the end of the report, General Arsoski concluded that with maximum engagement of the JOC personnel and subordinate units, the performance of the tasks and activities that marked the previous month were on the required level and he also issued assignments and guidelines for the planned assignments for February, 2019.