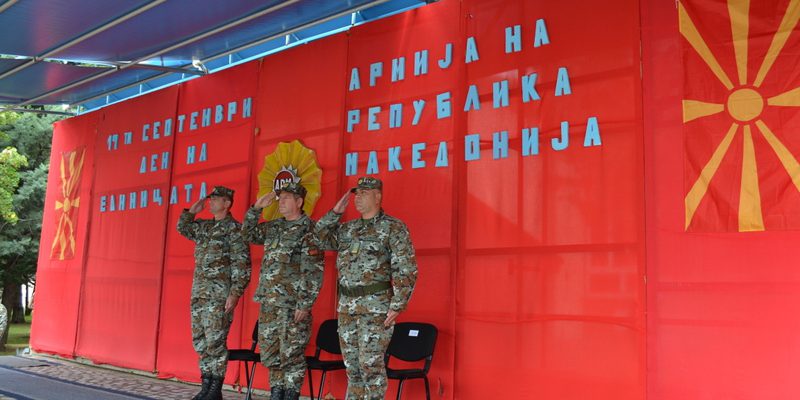 The 2.MIB Commander Lt Stojanche Todorov addressing the attendees noted that “the battalion members today represent a respectable military force capable of performing all assigned tasks.” The 1.MIB noted that “the 2.MIB members perform every task to the best of their ability and I’m proud of you and your success.”

At the ceremony a greeting from the ARM Chief of Staff was read to the members of the battalion, as well as incentives for the occasion.

The ceremony ended with a parade of units in the composition of the battalion, of military equipment and weapons, as well as a presentation of a Hermelin APC and its crew.

With a decision by the President of the Republic of Macedonia as a Supreme Commander of the Armed Forces, September 17 has been set for as the 2.MIB day, as the day of the establishment of traditions of the 14 Macedonian Youth People’s Liberation Assault Brigade, whose traditions are continued by the 2.MIB.