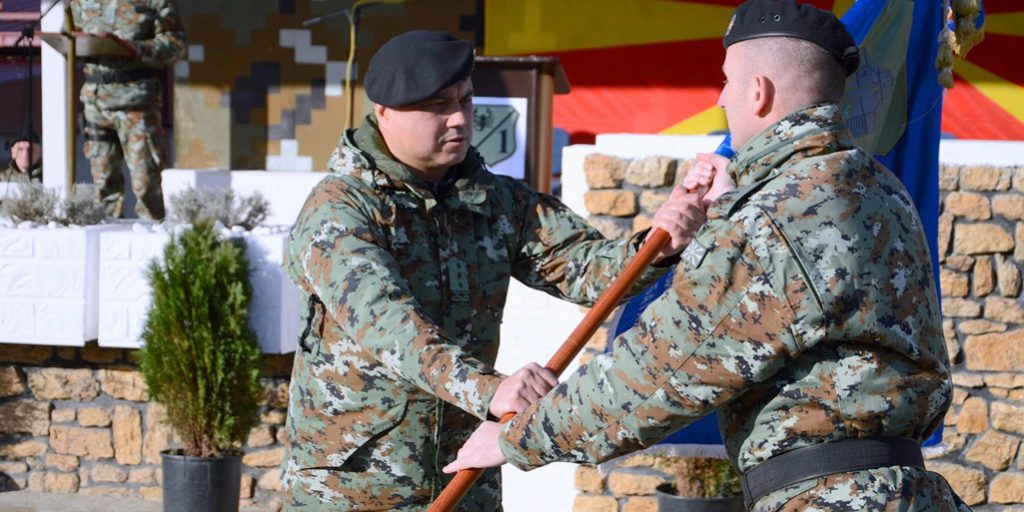 Major Spejtim Cherimi, who so far has served as Deputy Commander of the 1st Infantry Battalion received the duty from Lieutenant Colonel Ljupcho Velkov.

At the ceremony, the commander of the 1st Brigade, Colonel Sasko Lafchiski said that the unit provided selfless assistance in dealing with the COVID-19 pandemic, referred to the activities carried out by the unit in the past and congratulated the previous and the newly appointed commander. The previous commander, Lieutenant Colonel Velkov, expressed gratitude to the staff of the unit for the support provided during his performance of duty. The newly appointed commander, Major Cherimi, thanked for the trust given to him to be a commander of this unit and stressed that he will command the unit diligently and responsibly.

The members of the battalion presented the current Commander with a plaque with the logo of the unit.