Working Meeting with the USA Office of Defence Cooperation 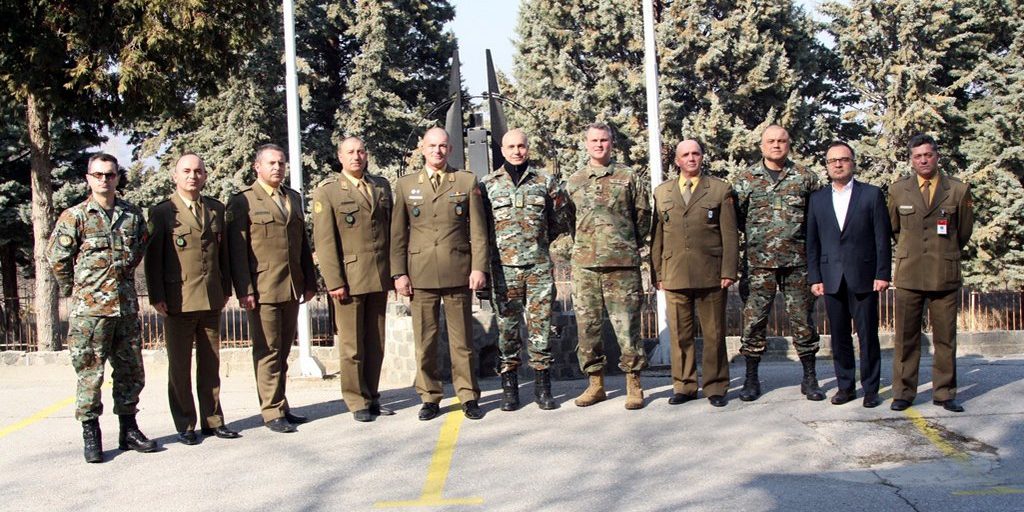 At the Joint Operations Command (JOC) the JOC Commander Major General Pavle Arsoski had a working meeting with the Chief of the Office of Defence Cooperation of the US Embassy, Lieutenant Colonel Kristopher Mitchell, representatives of the Ministry of Defence of the Republic of Macedonia, the General Staff of the Army of the Republic of Macedonia and the Commander of the Special Operations Regiment.

The JOC Commander expressed satisfaction with the current stage of the planning process and by the mutual coordination so far.

During the meeting, the Director of the exercise Lieutenant Colonel Igor Manasovski briefed the JOC Commander and the Chief of the Office for Defence Cooperation of the US Embassy about the activities which are part of the planning process of the exercise.

The importance of the ongoing cooperation between the Army of the USA and JOC, with the aim to provide support and exchange experiences when planning and conducting mutual exercises, was emphasized by all parties attending the meeting.