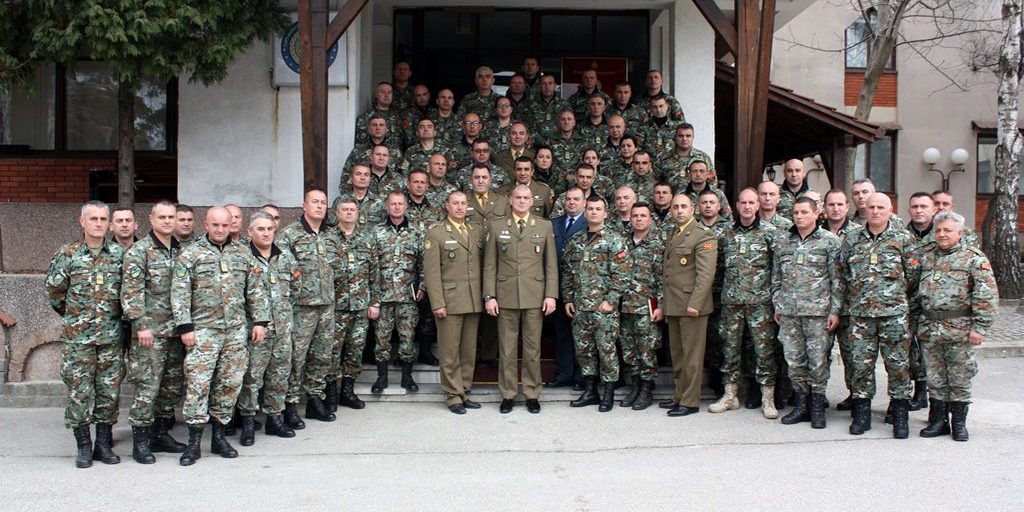 The Joint Operations Command (JOC) held a meeting of JOC Commander Major General Pavle Arsoski with the Sergeant Majors and First Sergeants of the JOC subordinate commands and units.

The JOC Commander, Major General Pavle Arsoski opened the meeting and in the opening speech emphasized the role and significance of the NCO corps in the Army, which is also indicated by his commitment in several segments in the past period. He spoke about the importance of the role of the Sergeant Majors and First Sergeants as competent instructors with developed leadership qualities and capabilities and one of the main pillars in conducting military training, a synonym for professionalism, professional knowledge and education.

At the meeting, the JOC Commander stressed that the JOC NCOs in the next period should work on raising the physical readiness of the NCOs and professional soldiers, paying particular attention to the realization of the training.

In the closing statement, the JOC Commander emphasized the need to respect the Concept of professional development of the NCO corps, establish staff management standards, and respect the order and the discipline of NCOs in the JOC subordinate units.