Specialized training of the NBC company in field conditions 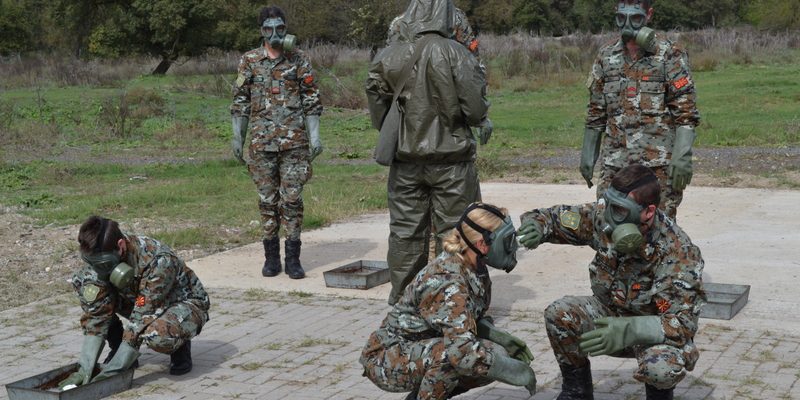 Within the period from 22 September to 26 September, 2014 at the training area “Krivolak” the members of the NBC company from the 1st Mechanized Infantry Brigade (1stMIBde) had specialized training in field conditions.

The purpose of the training was to develop skills and capacities of the personnel of the unit in support of the units of the Army of the Republic of Macedonia and the civilian structures.

During the camping members of the armed forces of Senegal visited the facilities of the training area “Krivolak” and they also visited the NBC assault course and the basic NBC procedures were presented to them.

On 29 September (Wednesday) the members of the NBC company expressed their humanity by donating their daily rations to the patients of the Special institution for mentally disabled persons – Demir Kapija. The following day the NBC company had a tactical and technical demonstration attended by representatives of the 1st Mechanized Infantry Brigade and representatives of the subordinate units (chiefs of S-3 sections, senior Non-Commissioned officers and NBC NCOs). Parts of the NBC equipment, activities at the RCB decontamination station, activities of the observational station and NBC observing post and activities of the collective protection system and the RC analysis center were presented during the demonstration.

The members of the NBC company demonstrated that they are prepared and trained in their field of work.