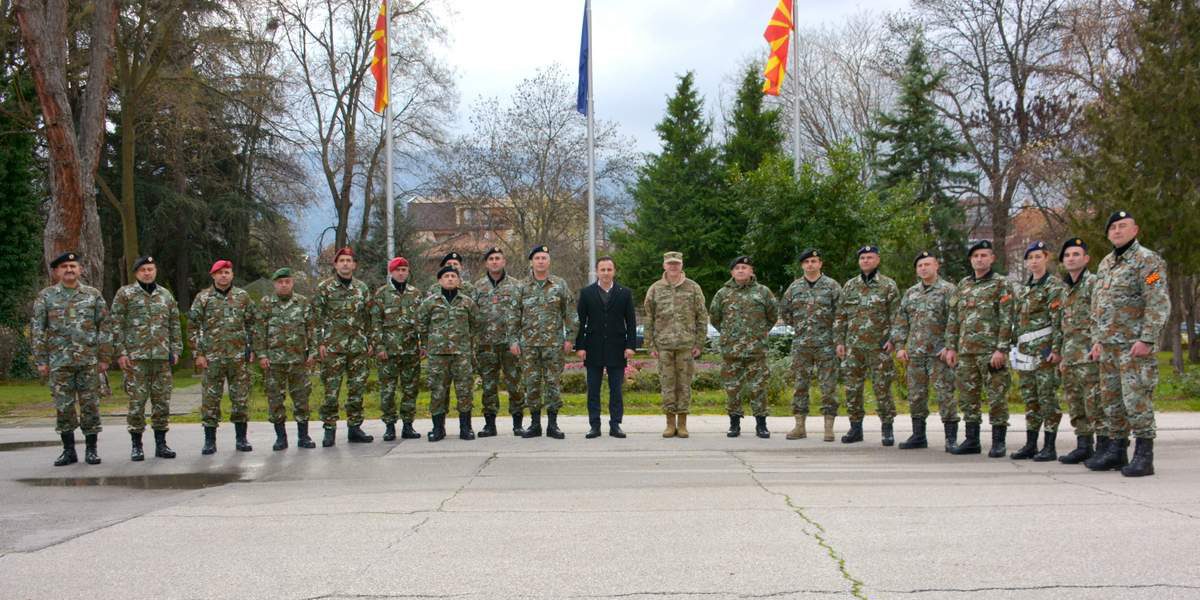 The Deputy Chief of Staff, Major General Azim Nuredin, the Deputy Secretary of Defense, Bashkim Selmani, and the US Defense Attaché, Colonel Peter Rowell, who presented the awards to the 16 members of the Army, highlighted our contribution to this mission in which we participated from the very beginning, as well as the demonstrated professionalism in performing the tasks.

Previously, the Chief of the General Staff of the Army, Lieutenant General Vasko Gjurchinovski, also congratulated the Army members for the awards.

The medals for partaking and the commitment of the members of the security platoon in the mission and the oldest national representative are awarded by the US Armed Forces, in which our contingent performed the tasks, December 2020 – June 2021, which was the last rotation in accordance to NATO decision to end its engagement in Afghanistan.

The NATO led peace operation “Resolute Support”, which succeeded the ISAF mission, started on 01.01.2015 and our Army participated in it from the first day. Its contribution to the operation was with headquarters personnel, security unit and mentors in cooperation with the US forces and the Republic of Turkey. In the last rotation it participated with a medical surgical team within the Norwegian contingent.