Another top sporting achievement by a member of the Army

You are here:
ARMY AND SPORT 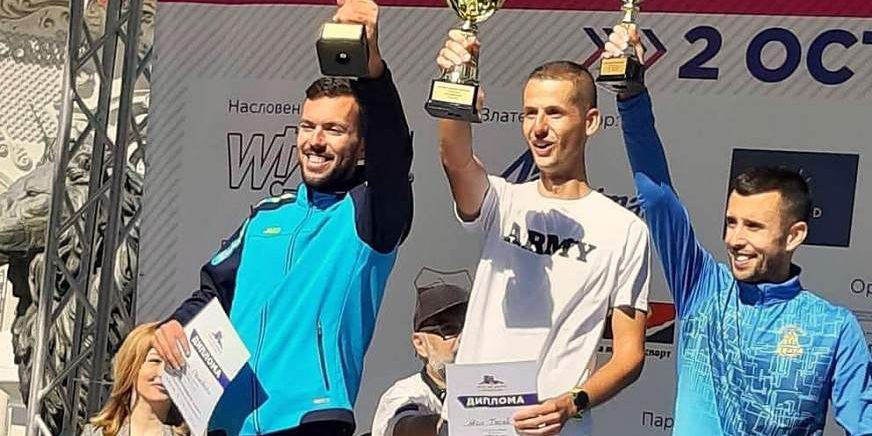 The Army, which as part of the training pays great attention to the physical fitness of its members and sports activities in general, once again by achieving a notable sports result of its member received confirmation that the plan and program for physical and sports activities allow the members of the Army to stand out with notable results in sports competitions at the state and international level.

This time, captain Tosev Zhan from the Honor Guard Battalion represented the Army with dignity by participating in the traditional Skopje Marathon organized by the city of Skopje and WizzAir, where he won first place in the 21 kilometer half marathon race.

At the activity that took place on October 2, 2022, captain Tosev won first place in the general competition with a time of 1 hour, 11 minutes and 49 seconds, while with the rest of the Army participants, they won second place in the team building category.

With the time achieved, Captain Zhan Tosev set a new record of all Army members who participated in this discipline, and is the first winner from the Army in this sporting event, which is being held for the 15th time.