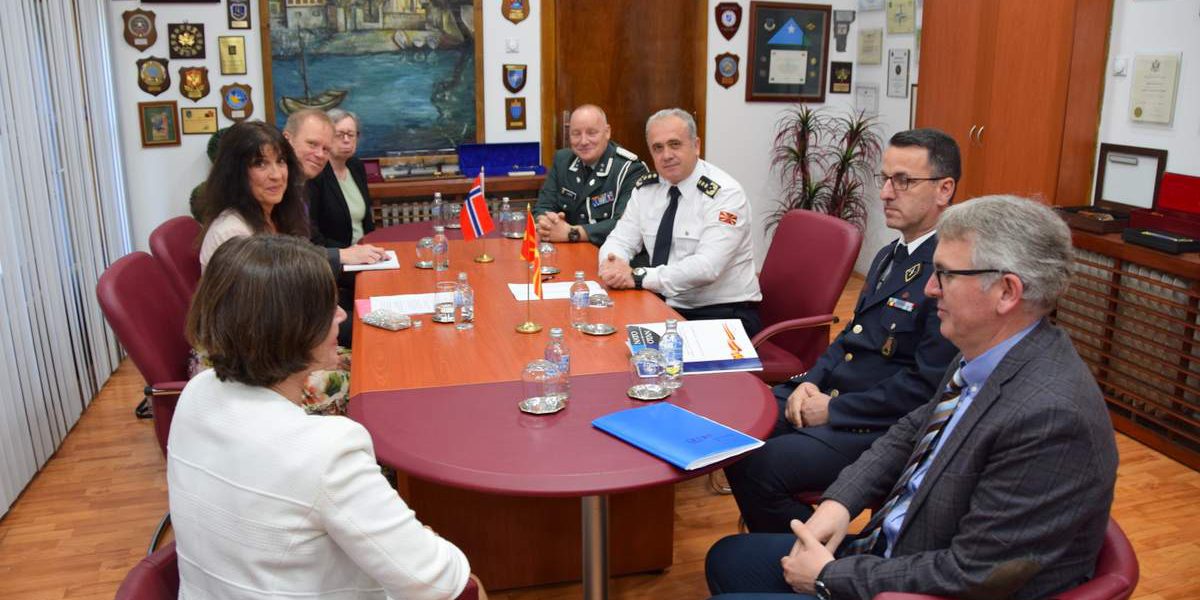 The Chief of the General Staff of the Army, Lieutenant General Vasko Gjurchinovski, today had a protocol meeting with a delegation led by Kirsty Klaeboe, Director General of the Department of Personnel Policy, Competence and Joint Legal Services at the Ministry of Defense of the Kingdom of Norway. Defence Attaché for the Republic of North Macedonia, Lieutenant Colonel Dag-Magne Lunde also attended the meeting.

The upcoming official visit of the Chief of General Staff of the Norwegian Armed Forces, General Erik Khristoffersen, which is planned for the end of the month, was also discussed at today’s meeting.

At the same time, they talked about the performance of the Royal Guard of Norway on the square in Skopje as part of their tour of the Balkans which is also part of the program on the occasion of the three-decade jubilee of the Army.