Echelon of the Army on a Military Parade in Romania 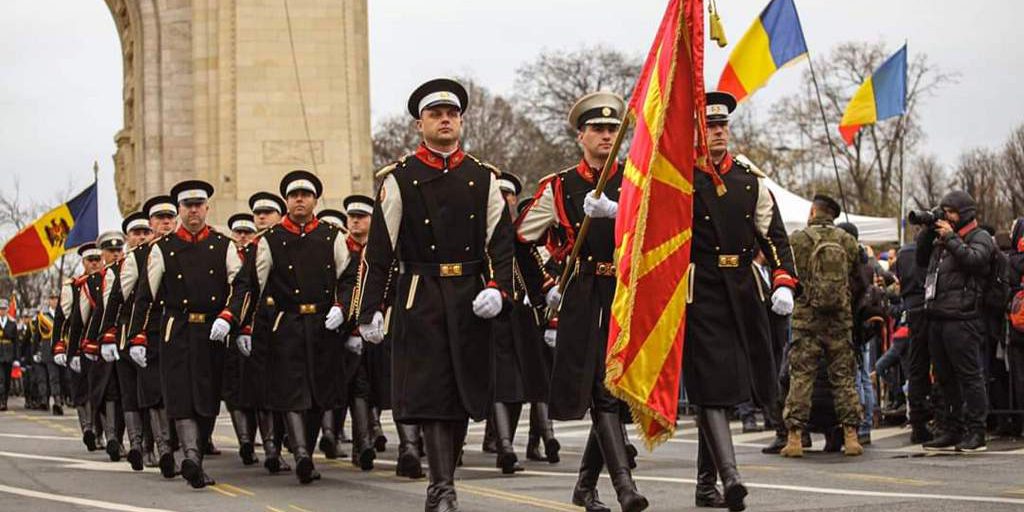 In the period from 28.11 to 02.12.2019 members of the Honor Guard Battalion, as well as representatives of the Army participated and were part of the military parade on the occasion of the 101 anniversary of the National Day of Romania.

The military parade which was realized in front of the Triumphal Gate in Bucharest as a traditional event is organized on December 1, and on this year’s parade more than 20 countries participated with more than 500 members, around 4000 members of the armed forces and the security institutions of Romania with combat technique and air force means.

The participation of the members of the Army from the Honor Guard Battalion was an excellent opportunity for presentation of the training and the military ceremonial proficiency when participating in an important international event. The participation with an echelon at the military parade in Romania is another confirmation for the excellent cooperation and mutual trust and respect between the two Armies, and also an introduction into further cooperation as allies in the NATO alliance.